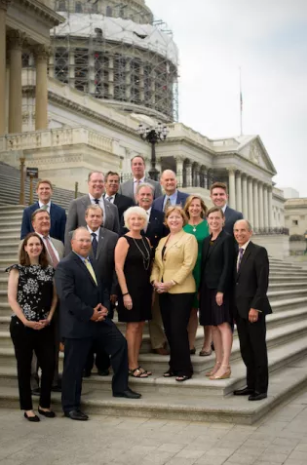 Jewelers of America (JA) has added its name to a coalition that includes many of America’s biggest retailers—Wal-Mart, Target, Best Buy, Nike, and QVC, included—standing in opposition to the “border adjustment tax” put forth by Republican leaders as part of a proposed overhaul of the U.S. tax system.

The coalition, Americans for Affordable Products, was created specifically to oppose this proposed tax, an import duty that would add a 20 percent tax on all goods imported into the United States.

The tax would impact the jewelry industry, in particular, in a big way. Jewelry retailers and manufacturers in the United States rely heavily on imported finished jewelry and raw materials (diamonds, gold, gemstones, etc.)—both of which would be taxed 20 percent.

It’s an interesting turn of events, because the retail industry has long supported the concept of corporate tax reform. And the GOP’s plan for reform does include a provision that reduces the corporate tax rate from 35 percent to 20 percent—which JA and most major retailers like.

But the border adjustment tax—a marshmallow of a phrase that really means “import tax”—has retailers and retail industry groups, including JA, asking for a more business-friendly solution to raising the $1.2 trillion the federal government needs to recoup in the next 10 years to maintain revenue neutrality.

“There’s no known diamond mine in the United States, as far as I can tell,” says David Bonaparte, JA president and CEO. “Some people are not understanding that this is also about raw materials. Everything you work with at the bench, that will also be taxed 20 percent. We think ultimately the burden of this tax is going to fall on the consumer. It’s going to cost consumers more to buy jewelry. And with [so much of the] food and gas and everything else people have to have just to live also being taxed—jewelry? People might just say, ‘No thanks, we’re all set.’ ”

JA will be headed to Capitol Hill in June to have its annual meetings with legislators, “and we’ll lobby with this in our pocket,” says Bonaparte.

The pressure on lawmakers to vanquish this proposed tax will be substantial. JA will be joined in its opposition by fellow members of the Americans for Affordable Products coalition, and a coalition led by the National Retail Federation, among others.

“The [border adjustment tax] is added on as an expense,” says Tim Haake of the Haake Fetzer firm in D.C.—JA’s guys on the ground in Washington. ”It gets factored into the cost of the thing you’re selling, whether it’s bread or jewelry.”

Most other developed countries tax imported goods, and “the United States is still locked into a system that basically raises most of its money through taxing people’s income and investments,” notes Haake.

Corporations currently pay around 35 percent, at the top of the range, in taxes. The new plan would lower that number to 20 percent but then slap on the proposed border adjustment tax, which for many retailers and manufacturers would essentially negate the benefits of the corporate tax cut.

The 20 percent tax could drop to, say, 10 percent, in the final drafts of the legislation. But Bonaparte and JA are in favor of maintaining the long-standing duty-free American import system—which allows the U.S. jewelry industry to remain competitive not only within its jagged borders but also around the world.

(Photo of JA staff, legislative advisors Tim Haake and Chris Fetzer, and jewelers on the steps of the Capitol in 2016 courtesy of JA)