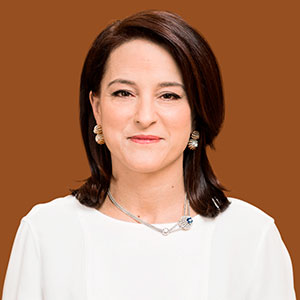 The group’s 22nd annual Facets of Hope event will held on Thursday, June 4, at the Venetian Las Vegas, during the JCK Las Vegas show. The dinner will take place on Thursday this year, instead of its traditional Sunday night slot, to sync up with the 2020 JCK show date pattern.

In 2019, more than 1,200 industry members attended the event, where it was announced the group had raised $1.7 million for its partner charities.

Drosos was appointed Signet CEO in July 2017 and served as a director of the company’s board since 2012. Before becoming Signet’s CEO, she served as president and CEO of Assurex Health, a medical genetics company, and as group president of global beauty care for Procter & Gamble. She currently serves on the board of Akron Children’s Hospital and is a longtime supporter of Back2Back Ministries.

Abramo was appointed president and CEO of Cartier North America in June 2014. She began her career at Cartier in 2008. Before that, she held management positions with Loews Miami Beach, Ritz Carlton Hotel Co., and Tiffany & Co. She currently serves on the  board of directors of Jewelers of America and the advisory board of the Luxury Education Foundation.

Jewelers for Children was founded in 1999 as a way for the U.S. jewelry industry to help children in need. Since its inception, JFC has raised nearly $57 million for programs benefiting children whose lives have been affected by illness, abuse, or neglect though partner charities St. Jude Children’s Research Hospital, the Elizabeth Glaser Pediatric AIDS Foundation, Make-A-Wish America, and the National CASA Association.

JFC also provides support to Make-A-Wish International, the Organization for Autism Research, and the Santa-America Fund.

The event will kick off with cocktails on the fourth level of the Venetian starting at 6 p.m. Dinner and the program will begin at 7:30 p.m. Anyone interested in attending or sponsoring can contact JFC at info@jewelersforchildren.org.

(Images courtesy of Jewelers for Children)