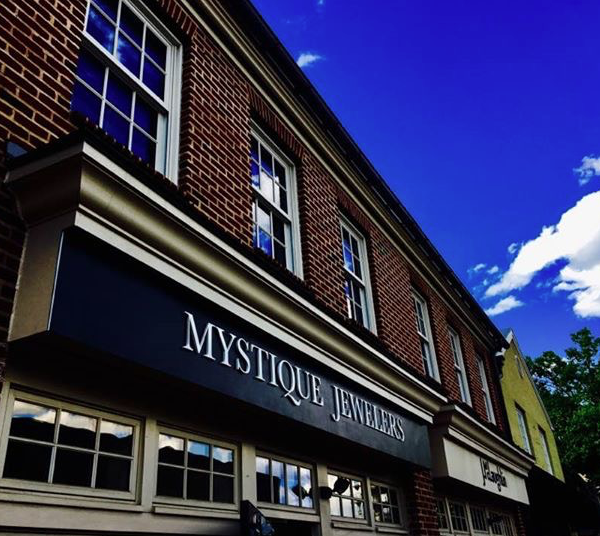 Owner Elizabeth Mandros says the small-but-affluent town started growing on her when she began taking polo lessons there. Eventually, she says, “I was out there three or four days a week because I was riding so much—it’s just gorgeous country.”

She moved to Middleburg, and leased a 750-square-foot space on its main drag, Washington Street, where the town hosts elaborate parades and festivals. 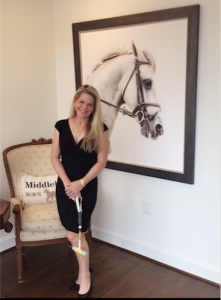 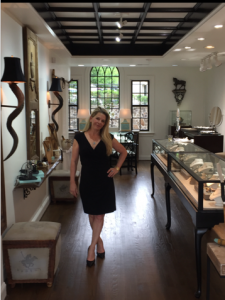 Above: Elizabeth Mandros in her new equestrian-themed Mystique boutique in Middleburg, Va. (Image courtesy of Mystique)

“I leased the space without really thinking about it—I think if you think too much, you can talk yourself out of anything,” Mandros notes. “You have to roll and keep your passions and desires and all your excitement and just let it go. I believe if you put your positive energies into something you love, it will happen.”

The store itself, which opens Monday, has an equestrian theme which is most obvious in a huge, beautiful painting of a horse Mandros commissioned from an artist in Australia.

“It was on the United States Polo Association website, and I reached out to the photographer and said, ‘I have to have this picture.'”

The fine jewelry store doesn’t have much competition in the horse community, which was once home to a Black Star & Frost (coincidentally, the company where Mandros cut her teeth as a jeweler), but hasn’t had much in the way of fine jewelry retail options since that store shuttered.

The city of Middleburg is already behind the retailer; the mayor reached out to offer a ribbon-cutting, and the chief of police phoned Mandros to welcome her.

“Middleburg is a very warm town,” she says, “and they’ve definitely given us a warm welcome.”