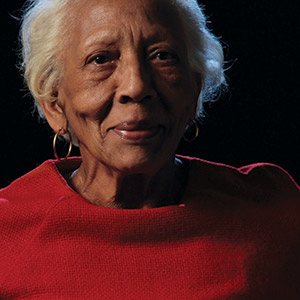 When I first started covering the jewelry industry, one of the first stories I wrote concerned a theft at a New England jeweler by an elderly woman named Doris Payne (pictured). I called up James B. White, who was then head of the Jewelers’ Security Alliance (JSA). He told me that Payne “has been around forever.”

That was more than 25 years ago.

In the years since, I, and many others, have written countless stories about Payne’s six decades of jewel thefts and phone book-size rap sheet. The details are colorful and gawk-worthy. Payne once stole a 10 ct. ring worth $500,000 from a store in Monte Carlo, triggering an international manhunt. She escaped from custody—twice. She reportedly had 22 aliases and five Social Security numbers.

But the stories got repetitious. Payne would steal something, get caught, tell the judge she wouldn’t do it again, and then, inevitably, do it again. She became more inept, consistently getting caught or thwarted. Her later exploits seemed to stem from a compulsion she couldn’t control. In 2017, at age 87, she was nabbed stealing $86 in groceries at Walmart, a far cry from stealing a 10 ct. gem.

Yet, as the industry learned long ago, Doris Payne does not go away. Her life story is being made into a movie starring Tessa Thompson. And this week, HarperCollins released an autobiography, Diamond Doris: The True Story of the World’s Most Notorious Jewel Thief, cowritten by Zelda Lockhart, which bears a blurb from Thompson, praising her as an “unapologetic badass.”

Some in the industry, who have been mostly unamused by Payne’s “career,” cringed at the attempts to turn her into a modern-day Robin Hood.

John Kennedy, current JSA president, wasn’t sure if he should even comment on it.

“I don’t wish to add to the publicity about an unapologetic career criminal, who, for decades, has stolen from honest jewelers,” he says. “It is adding insult to injury that she can now make money from a book about her despicable life of crime.”`

HarperCollins turned down JCK’s request for an interview and review copy and declined comment on the criticism. “This is Doris’ story, and I would have no comment beyond that,” says senior director of publicity Paul Olsewski.

Book publicity describes Payne’s tale as “fascinating and rollicking,” but her actual story is ugly and tragic. Her coal miner father beat both her and her mother. The proceeds of her first diamond theft went to her mom, to help her flee her husband’s clutches.

Her life of crime has led to several terms in jail. She had two children while in high school, but their father raised them, as she knew she wasn’t fit to be a mother. After reportedly stealing millions in gems, four years ago, she was discovered living on the streets of San Francisco, homeless.

And, of course, she hurt many people. Those who don’t know the industry may not understand that for many jewelers—like many  retailers—the threat of crime is the worst part of their jobs. It’s why so many jewelry stores have buzzer doors, cameras, security guards, and—way too often—guns under the counter.

Payne’s typical M.O. was to dress up in high-class attire, tell the jeweler she had money to spend, and ask to be shown several pieces. Then, she would typically wait until the clerk was distracted and pocket a piece. The clerk sometimes didn’t know it was missing until she was long gone. (The best way to fight this, the JSA says, is to have a strict policy of never showing more than one piece at a time.)

Since her book is “Doris’ story,” it doesn’t likely include the voice of her victims, who in Kennedy’s words, “have suffered financially and emotionally” because of her crimes.

In the end, though, it worked out for him, as his name appears on the news every time she ends up in trouble.

He was lucky that he quickly got the ring back and didn’t have to deal with insurance hassles. He later auctioned it to take advantage of Payne’s notoriety, with proceeds going to the Girls’ Self-Esteem Program at the Barbara Sinatra Children’s Center.

“I understand that Doris Payne had a rough childhood that appears [to have] motivated her to a life of crime,” Mehta said in a statement. “I am hopeful that by donating the proceeds from the sale of the ring we can make a positive effect on some young ladies.”

Looking back on his encounter, Mehta says, “She was so classy, she was so nice, and then she fleeced me right in front of my eyes. I give her credit, she is good at her craft.”

Matthew Pond, producer of The Life and Crimes of Doris Payne documentary, warned that while Payne can be charming, she can also be “manipulative,” “cunning,” and can “turn on a dime.”

Which raises a problem with her book. We can’t take its word on anything. It was written by an admitted liar. It closes with a “wink to the reader,” suggesting that much of its contents were embellished or fictional.

To be sure, many white-collar criminals have written books, and some even stole more than Payne. But they weren’t portrayed as heroes, and most, at least, said they regretted their crimes.

Unlike Larry Lawton, who also wrote about his life as a jewel thief, Payne has been largely unrepentant, calling her victims “stupid.” And while some think she was only sticking it to big diamond companies, she frequently targeted small businesses. Often, the people who suffered the most were the sales clerks, whose only mistake was trusting an elderly woman. Payne claimed sometimes that she didn’t even do it for the money, asserting that she once threw a stolen diamond in the garbage.

Pond once mused: “People have called her a sociopath, a psychopath. I would say in the common understanding of narcissism, yes, she is a narcissist.”

Despite what Hollywood or HarperCollins might tell you, there are few lovable con artists. Payne turning herself into a folk hero may be her greatest scam of all.

So I can’t recommend people buy Diamond Doris. But in the spirit of its author, the curious should feel free to swipe a copy from their local bookstore.