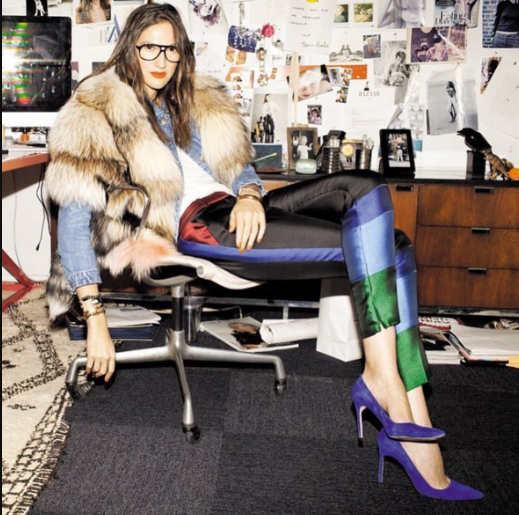 J. Crew has announced that Jenna Lyons will step down from her dual roles as president and creative director of the company. The new head of women’s design will be Somsack Sikhounmuong, a J. Crew veteran.

Lyons’ position will remain unfilled. Which is probably for the best; it’s rare to find someone in possession of so much original and marketable aesthetic vision.

The willowy, bespectacled design guru built J. Crew into a huge cultural force—in large part by creating fashion she would personally wear, then styling it in ways we’d never seen before.

A sequined pencil skirt worn with a hoodie sweatshirt as a workday outfit; a striped sailor shirt paired with a plaid brocade pant for a night out—when mixed with Lyon’s wit and irreverence, the uncommon combos and clashing acid-bright colors could feel more glamorous than an evening gown.

“I legitimately did not know you could wear a ball skirt with a sweater until Jenna Lyons did it at the 2011 Met Ball,” wrote Man Repeller writer Amelia Diamond on the outlet’s Instagram feed today. “To Jenna, who manipulates clothes like an agile chef crossed with a psychic, it was just another day at the office.” 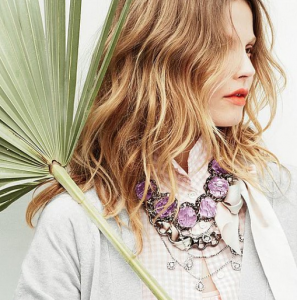 A jewelry look from a circa-2011 J. Crew catalog (courtesy of J. Crew)

Lyons was a walking billboard for J. Crew’s signature preppy-sexy style—and became the very public face of the brand. She’s as famous as any creative director at a major luxury fashion house. And her impact on how we dress even extends to jewelry.

J. Crew—armed with in-house jewelry designer Molly Carey, working under Lyons—was behind the revival of jumbo bib necklaces stitched to the hilt with kumquat-sized glass gems and fabric flowers.

It also brought back jewelry that incorporates grosgrain ribbon in the early 2010s, and was the primary engine that nudged the classic cocktail ring back into vogue in the 2000s. 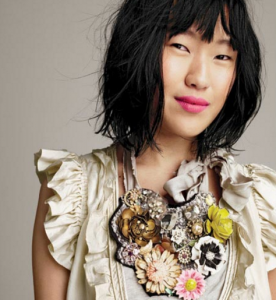 Chain necklaces with navel-grazing pendants, and earrings comprised of so many faux gems, tassels and other doo-dads they resembled mini abstract art installations, were among the other trends J. Crew introduced to women looking for quick ways to gussy up an Italian merino wool sweater.

Lyons proved that a mass brand could be daring in its designs without alienating the average upscale mall shopper. The ability to maintain that balance between hip-and-cerebral and also covetable by the masses is rarely witnessed (at least not for more than a handful of consecutive seasons) in fashion. Lyons carried that flag for over a decade.

She’s worked at J. Crew since 1990, when she started as an assistant just out of college. In 2003, she was promoted to head womenswear designer.

The announcement of her departure wasn’t a surprise to retail-watchers. The brand has been slowly unraveling financially since 2015 and even resorted to a reboot of “classics” a couple of years back, which apparently did not go well. Reports indicate that the brand is around $2 billion in debt.

With Lyons’ exit, her era of influence may be winding down. But she walks away with a legacy most designers would trade an arm for. She transformed a perfectly nice, boring American brand into a sizzling-hot fashion arbiter that outpaced many major designer brands in its cultural radiance and relevance.

And we’re all a tad more sparkly for her having been there.