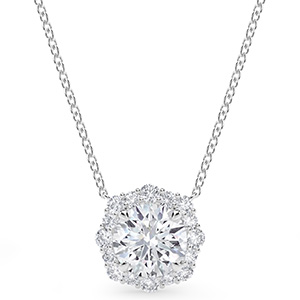 Consumers are looking for messages that provide “security” and “positivity” during these troubling times, De Beers chief executive officer Bruce Cleaver said in Monday’s opening keynote for the JCK Virtual 2020 Luxury show, “Time to Connect: Evolving Consumer Perceptions and the Unique Role of Diamonds in the New Normal.”

He based his observation on “robust” consumer research, conducted by his company, which surveyed 2,800 U.S. men and women aged 20 to 65, with household incomes of at least $75,000, as well as a similar number in China and India.

“COVID-19 has fundamentally changed our relationship with the notion of normality,” he said, noting that formerly routine things such as buying a carton of milk are now considered a health risk.

“Things are difficult for people right now. They see themselves as being in a moment of change and unpredictability, and this has impacted consumer confidence.”

However, he noted that people are adjusting to their new routine.

“In the U.S., two-thirds of respondents feel that their routines are starting to feel familiar,” he said. “In China, where the country has progressed further, better, and quicker through the pandemic, 85% of people feel that their routine has started to feel familiar, with a quarter of people feeling fully reconnected with their life and work and back to their pre-pandemic routine.”

But right behind that was a desire for “positivity and hope,” he said.

“The constant waves of negative news leave us all thirsty for signs of hope and happiness.”

He called that “heartland territory for diamond jewelry and the emotional message it conveys.

“There is no more potent symbol of security and stability than a product that has been here for billions of years and will be here for billions more. And, of course, diamonds are the central symbol of the romantic unions that provide the core emotional security for many of us in life.”

This was brought home by videos of retail jewelers who said that their consumers craved a return to “normalcy” after this long, turbulent period.

Cleaver, not surprisingly, asserted that diamonds can help bring about these feelings—and said that consumers remain open to diamonds as a category.

– In the United States, almost 60% of all men expressed an intention to purchase for a significant other.

– Nearly one-third of women stated they intended to buy diamond jewelry for themselves.

– Over 80% of those intending to spend in the category have either self-purchased or gifted diamond jewelry in the past two years.

Most consumers said that “how the consumer feels” was the most important thing in buying a gift, along with “how it shows a connection to the recipient.”

“Our communications to customers should continue to highlight both the long-understood power of diamonds to convey emotional meaning and the inherent beauty of nature’s miracles as we approach this holiday season.”

Cleaver noted that, in this time of increasing uncertainty, people are also looking for high-quality products that will endure. That generally means classic designs, though some higher-income consumers, who have more of a sense of normality, are interested in experimenting beyond the familiar.

As far as where consumers will buy diamond jewelry, De Beers research found that consumers want to shop both off-line and online, with a slight preference for off-line purchases.

“Brands and retailers should continue to invest in online channels like social media and websites to connect with their customers. But they should also ensure they are prepared to safely welcome in their stores those customers who are ready to shop in person…. U.S. consumers [consider] local independent jewelers as the best source for education, knowledge, and product quality, and they consider them the safest of the physical options for shopping.”

He noted that many jewelers have worried that people wouldn’t want to hear about diamonds during this turbulent period, when so many are suffering. But De Beers research found differently: People remain open to hearing about diamonds.

“Now is the time to keep in touch with your customer network and maintain the lines of communication, as this will stand you in good stead for the holiday season, just a few months away,” he said. “Each of you is also uniquely placed to give diamonds a voice and to give your customers’ spirits a lift when they need it most.”