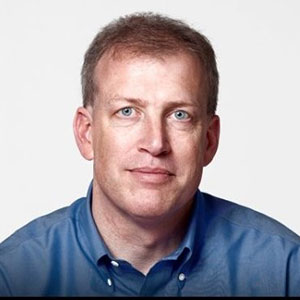 The Jewelers Board of Trade (JBT) will make some tweaks to how it presents its widely watched credit ratings during the COVID-19 crisis.

While it wants vendors to continue to supply the info they have always provided, it’s also asking them to highlight whether they have granted special terms or extensions. And while it will still list stores’ current credit ratings, it will also note their precrisis ratings.

Erich Jacobs (pictured), who took over as JBT president last September, says that the group came up with the tweaks after consulting with a variety of different constituencies.

“The vendors wanted transparency. They wanted to know what was going on in the market. They felt we should just be transparent and not change a thing.”

But there were problems with this approach: If a store has typically paid within 30 days but is now closed, which might lead it to pay slower (or not at all), should that dent their credit rating?

“Retailers were very concerned: Is my JBT rating going to go into the tank because I can’t pay?” Jacobs says.

There was also the opposite problem. Some companies consistently pay late, earning them a low rating. But now that vendors have extended their terms, their ratings could suddenly improve.

As a result, “some folks were very big on: You have to change your methodology because this situation is so different,” Jacobs says.

But that ran into another issue: “The thorny question was, if we change the methodology, when do we change it back? There was no way to answer that question because we don’t know where the recovery will be.”

In the end, the group decided that it was better to keep the ratings consistent—to get a better macro sense of the extent of the downturn and the eventual recovery.

“We need to understand where this is going and when does it bottom out,” he says.

However, JBT hopes that including the stores’ precrisis ratings will provide more “context”—so that vendors understand that if a “1” store suddenly morphs into a “3,” that’s not necessarily the store’s fault.

Jacobs says the changes “have been fairly well received. Nothing is perfect, but we think we have accounted for all of the constituencies and given something to everybody.”

And while JBT’s business—like everyone’s—has mostly slowed down, it hasn’t come to a complete halt.

“We are seeing fewer checks for credit, but we are not seeing zero. A lot of that is being driven by folks that are successful online. They took a hit, but it’s not 100%.”

More information on how JBT’s credit ratings are changing during the COVID-19 crisis can be seen here.

(Image courtesy of the Jewelers Board of Trade)