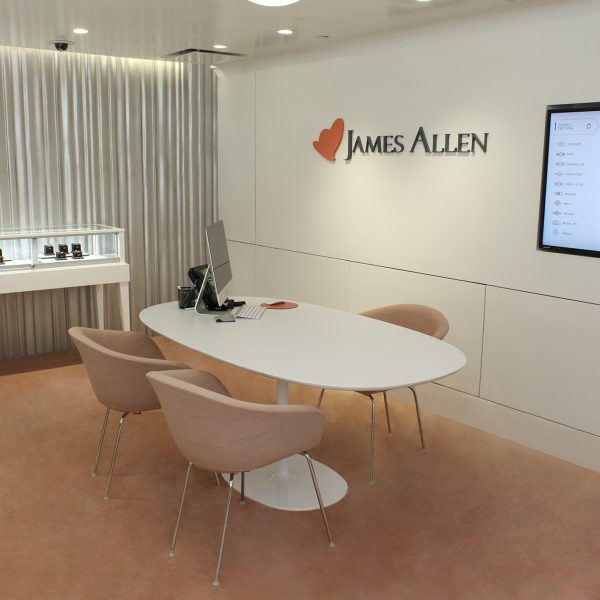 An article in the Israeli newspaper Globes says the investment gives Francesco Partners about 50 percent of the company, which would value it at approximately $300 million.

In an interview, Chief Operating Officer and Cofounder Dean Lederman declined to confirm that number, or even whether Francisco holds a minority or majority stake.

Francisco bought out prior investor Israeli Growth Partners, which invested $25 million in the company in 2014. According to Globes, IGP made $50 million on its investment.

As to whether Francisco Partners’ investment is a precursor to an initial public offering, Lederman says, “It’s not our direct plan for sure but it’s always a possibility.”

Lederman says that James Allen has tripled its sales in the last few years. (In 2014, the site’s revenue was estimated at $80 million.) The company is generally considered the second-largest jewelry e-tailer, behind Blue Nile.

“I would say that we are still number two, but I don’t know how much longer that will be a true statement,” Lederman says. “Based on a lot of elements, we are very confident we can accelerate to be the first in the market.”

Unlike competitors Blue Nile and Brilliant Earth, James Allen has not shown much interest in having physical locations, other than a showroom on Fifth Avenue (pictured) and a quickly-scuttled plan to show its wares in Sears.

Lederman says that while omnichannel plans are not currently on the table, “We don’t rule out the possibility.”

He adds the company plans to accelerate its marketing and “roll out more product,” including anniversary gifts and “push presents,” in an attempt to be his customers’ “jeweler for life.”