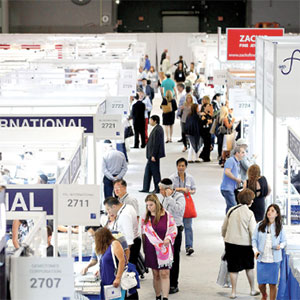 Two New York City jewelry events have fallen victim to the growing fears of the coronavirus, with JA New York canceling its March show and MJSA postponing its March Expo.

Both shows were supposed to run March 15–17 at the Javits Center in New York City. On Thursday, GIA canceled its annual New York Career Fair, which was meant to immediately precede those shows.

A JA New York statement said, “Recent developments regarding COVID-19, including but not limited to, the state of emergency recently announced by Governor Andrew Cuomo, travel restrictions imposed by government authorities that affect participating companies, and the cancellation of our colocated events, MJSA Expo and GIA Career Fair, have made it impossible for us to produce this edition of JA New York.”

The MJSA has said it is “postpon[ing] the show until the threat passes and we can be more certain that MJSA Expo can be run both safely and successfully.”

MJSA president and chief executive officer David Cochran said his group is working with the management of JA New York and the Javits Center to identify new dates later in the year.

Other U.S. jewelry events have said they plan to go on.

The Reed Jewelry Group, owner of JCK Las Vegas and sister show Luxury (as well as JCKonline), said last week that both of those shows will take place as scheduled at the Sands Expo & Convention Center and Venetian Hotel. Luxury runs May 31–June 5, and JCK Las Vegas runs June 2–5. The American Gem Society is also planning to hold its annual Conclave April 27–29 at the Sheraton Denver Downtown Hotel.

The management of both events said they are continuing to monitor the situation and are working with local authorities to safeguard the health and well-being of their attendees.