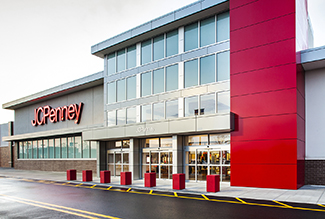 That’s about 13 to 14 percent of its store fleet

As expected, J.C. Penney is slimming down its store fleet and will close 130 to 140 stores as well as two distribution centers over the next year.

That represents about 13 to 14 percent of its current 1,014-store portfolio.

“We believe closing stores will also allow us to adjust our business to effectively compete against the growing threat of online retailers,” said CEO Marvin Ellison in a statement.

“Maintaining a large store base gives us a competitive advantage in the evolving retail landscape,” he added. “It is essential to retain those locations that present the best expression of the J.C. Penney brand.… We believe the future winners in retail will be the companies that can create a frictionless interaction between stores and e-commerce.”

Some 6,000 employees will be offered early retirement, Ellison said.

The news comes as the department store posted mixed results for the fourth quarter—although it singled out jewelry as a top seller.

Same-store sales were down 0.7 percent in the fourth quarter and were flat for the full year. However, the company posted $1 million in net income for the year—its first positive net income since 2010, and a $514 million improvement over the prior year.
(Photo courtesy of J.C. Penney)