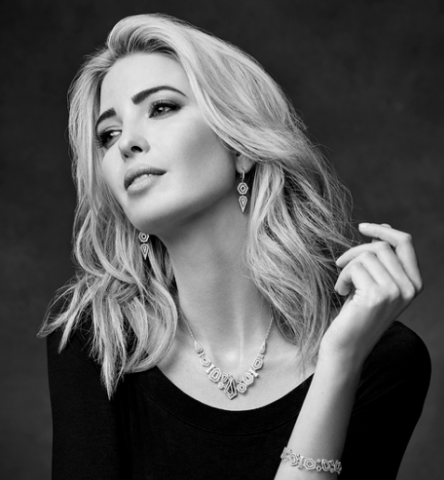 But the core brand will focus on lower-priced fashion jewelry

In February, JCK news director Rob Bates wrote about the uncertainty surrounding the Ivanka Trump Fine Jewelry collection. At the time, retailers were saying the company was only shipping existing styles, and communication from the brand was uncharacteristically patchy.

Would it stay or would it go?

The suspense ended Monday, when the company released a statement confirming that the fine jewelry collection Ivanka Trump launched in 2007 is being discontinued.

But it appears that a lower-priced fashion jewelry collection will be rising from its diamond-studded ashes.

“As part of our company’s commitment to offering solution-oriented products at accessible price points, we have decided to discontinue the Ivanka Trump Fine Jewelry collection,” said Abigail Klem, president of the Ivanka Trump brand, in the statement. “We will be focusing our efforts on existing and new categories that are most relevant to our loyal customers—including fashion jewelry, which successfully launched last fall with price points that are aligned with the rest of our collection.”

Trump officially stepped away from her namesake company in January, around the time the grassroots #GrabYourWallet campaign—which encourages opponents of the Trump administration to boycott retailers selling Trump family brands—started putting serious pressure on retailers to drop Trump products. A good many retailers complied, though more often than not they cited flagging sales, not political pressure, as their primary reason for offloading the brands.

Nordstrom, Saks Off Fifth, Neiman Marcus, HSN, and Burlington Coat Factory were among the retailers that stopped selling the Ivanka Trump apparel and fine jewelry collections.

The company’s decision to go mass with its jewelry offerings is probably shrewd, considering the Trump administration’s core constituency.