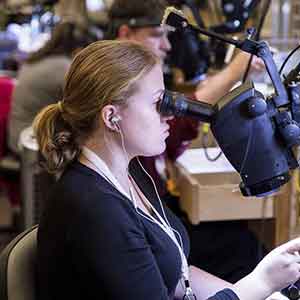 Stuller and the Istanbul Jewelry Show have both postponed events that were supposed to take place this month due to fears of the coronavirus.

The Stuller Bench Jewelry Workshop (pictured), which was set for March 27–28 at the company’s Lafayette, La., headquarters has been rescheduled for Oct. 2–3.

The three-day Bridge Conference, which was supposed to be run April 19–21, also has at its headquarters, has also been postponed.

“This decision was not easy, nor taken lightly,” said Stuller president Danny Clark in a statement. “This is something we felt we had to do to ensure the health, safety, and well-being of our associates and our customers.

Further updates can be seen on the Stuller events page.

In addition, The Istanbul Jewelry Show, scheduled to run March 19–22, has been postponed for two months.

It will now run June 18–21 at its originally scheduled location, the CNR Expo, Istanbul Fair Center in Istanbul.

The decision was made in consultation with the Republic of Turkey Ministry of Trade, the statement said.

– The American Watchmakers-Clockmakers Institute (AWCI) is postponing its Time-Con, originally scheduled for March 26–28 in Cincinnati.

“We will work as quickly as possible to determine new dates for Time-Con,” said a message from AWCI executive director Jordan Ficklin. “Smaller classes offered by AWCI are not affected by this cancellation and most of them will continue to go forward as scheduled. This is, however, a constantly changing situation and we will communicate any further changes as they happen.”

– The Windup Watch Fair, scheduled for March 27–29 at Union Square in San Francisco, has also been canceled. The event, which brings together watchmakers and enthusiasts, will still be held in New York City in the summer and in Chicago in the fall.

Others major jewelry events are still set to take place.

The American Gem Society says that its annual Conclave, due to take place in Denver on April 27–29 at the Sheraton Denver Downtown Hotel, will currently be held as planned. On Tuesday, the AGS said that it is continuing to monitor the situation, and requested feedback from Conclave attendees.

The largest jewelry show in the United States, JCK Las Vegas, is still set to go on, along with sister show Luxury. Luxury runs May 31–June 5, and JCK Las Vegas runs June 2–5, both at the Sands Expo & Convention Center and Venetian hotel. JCK Las Vegas is affiliated with this website.