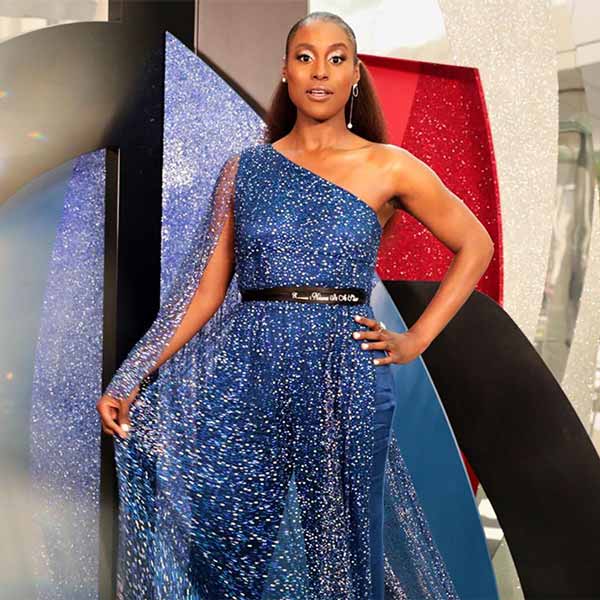 The CFDA Fashion Awards were last week, and I was, as ever, treated to its goings-on via Instagram (as many of you undoubtedly were, as well). I thoroughly enjoyed the event through the eyes of my Insta-favorite, Eva Chen, and also scrolling through the feeds of those sharing their getting-ready pictures and videos. The day of and in those that followed, I devoured the live coverage and subsequent fashion recaps.

The CFDA Awards is not an event I anticipated hotly beforehand, rather, I came for the fashion—and definitely the jewelry—as more of a red carpet spectator. The event this year caused some controversy by awarding Kim Kardashian with its first-ever CFDA Influencer Award—a selection that, to the chagrin of many, spoke volumes about its choice to ignore her past indiscretions with regard to transparency (or lack thereof) of sponsored posts on the social platform. Reportedly, people were angry for a whole host of reasons, and reception at the awards made it obvious (this according to “sources,” so who knows).

Moving past the drama, let’s recognize Kim K.’s bracelets: Shiny and gold, the jewels were piled high on each arm, lending a Wonder Woman–esque vibe to her attempt at Grecian goddess (I think?). If that doesn’t cement that fact that gold bracelets are hot for summer, I’m not sure what will.

While chunky gold jewelry and swing statement earrings won the night in prominent displays, I was much too distracted by an article of clothing—but don’t worry! It has a jewelry angle (kind of).

In partnership with the event for its 17th year, Swarovski adorned many an attendee with its crystal jewelry—from big, swingy earrings to bracelets and cocktail rings. But the highlight of its repertoire wasn’t a bauble at all, but host Issa Rae’s custom Pyer Moss jumpsuit. Embellished with 180,000 Swarovski crystals and in a shade of blue that sends my fashion heart aflutter, boy, was it glorious.

But it’s more than just a pretty article of clothing. That Rae opted to wear designs created solely by black fashion designers was no coincidence—her stylist, Jason Rembert, summarized her event wardrobe as “unapologetically black.” The belt on this jumpsuit, embroidered with the title of a Boris Gardiner song, was reportedly a last-minute addition that got plenty of attention—and, I think, made the look instantly iconic.
Vogue did a detailed story on the making of the dress here, and it’s definitely worth a read. It  talks of its inspiration—Diana Ross in Mahogany—and about the rising star behind it, Kerby Jean-Raymond.

I wanted more than just the photos I could find on the red carpet reviews—so I did some Instagram digging, naturally. Seriously, what did we ever do without it? While I didn’t find nearly enough to satiate me (why aren’t there more close-up photos of this creation?), who can complain about spending an afternoon looking at beautiful dresses?

One final note about Issa Rae’s initial look at the event—the asymmetric, mismatched earring look is back! She wore a fabulous pair of earrings by Mateo, with serious disco vibes that I can’t wait to copy for summer.
What look(s) from the CFDA Awards made you swoon?