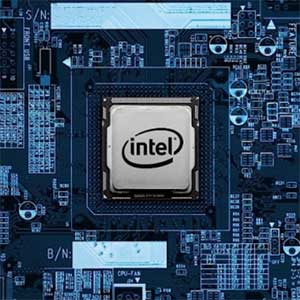 An unnamed Intel spokesman told CNBC  by email: “Intel is continuously working on new technologies and experiences. Not all of these develop into a product we choose to take to market…. We are going to take a disciplined approach as we keep inventing and exploring new technologies, which will sometimes require tough choices when market dynamics don’t support further investment.”

The company will continue to focus on technology that evolves its core product—chips for PCs, servers, and other hardware.

The Information broke the news of the division’s dissolution early this week, citing several (unnamed) sources that confirmed the company’s New Devices Group was officially closing.

The division formed in 2013 under former Apple and Palm executive Mike Bell and focused on fitness trackers and smart glasses. Future layoffs are expected but not confirmed.

How did the company, which invested several hundred million dollars in the division, meet this mean fate?

Its trajectory is beginning to feel all too familiar.

When the division was formed, the wearables market was expected to grow much bigger, and much faster, than it actually did. Everyone heralded wearable technology as one that would eventually replace the phones.

That forecast didn’t pan out. Instead, the wearables market has constricted severely in recent years, facilitating the rise of category leaders Apple, Fitbit, and Garmin. But it squeezed out small and/or less tenacious and ambitious developers, including Jawbone and, now, Intel.

Intel’s NDG acquired a handful of wearables companies in its limited run, including fitness wearable startup Basis in 2014 and smart glasses developer Recon in 2015. But sales of its wearables were always disappointing. And the shrinking market for certain types of wearables hobbled growth.

Bell left the company in 2015, and “soon it started feeling like a major reorganization would happen every few months,” a former employee told The Information.