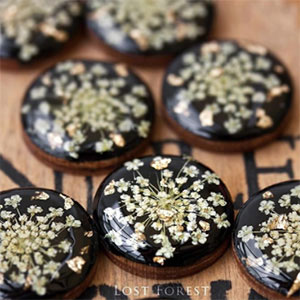 The ‘Gram also tells the story of how the collection sources its natural elements through posts that show raw materials that look as though they’ve been gathered off the forest floor.

Here are a few potent ways the brand charms its 7,000-plus followers on Instagram. 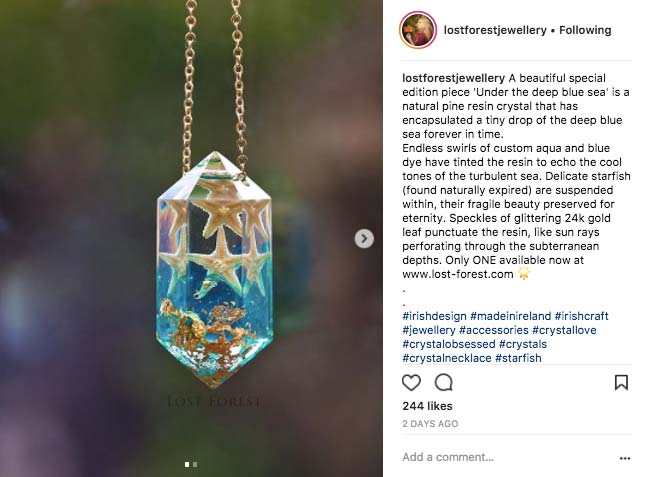 Product Images Are Impactful
Every product image on the feed is sharply photographed, showing a wealth of detail, and very well lit. Pieces are often shown in a natural environment or surrounded by complementary colors courtesy of patterned paper (wallpapers?) or photos. 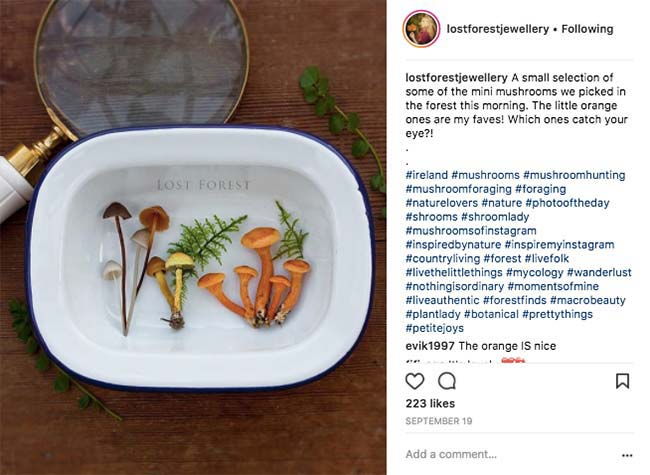 Styled Vignettes Look Easy, Not Forced
Ah, the overhead styled shot—it’s become synonymous with Instagram and often looks unappealingly staged. Not on this feed—a bowl of tiny mushrooms that are destined to live on in pieces of jewelry sits next to a magnifying glass and a single sprig from a pretty weed. Yes, the photo is beautiful, but it also makes sense and isn’t overly cluttered. 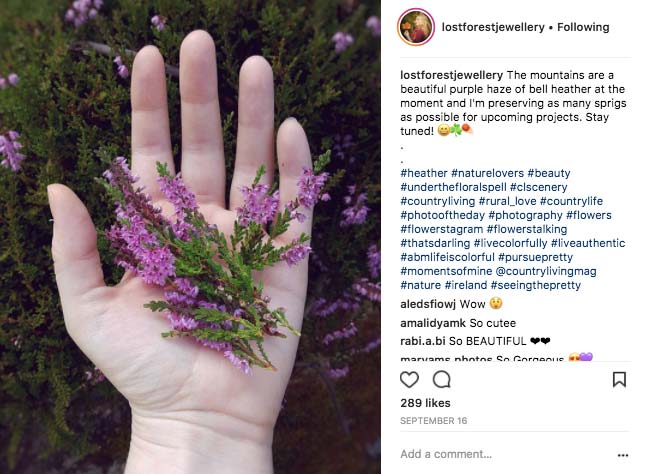 Craft Is Highlighted
The many photos of just-picked flora and fauna on the site—nature that’s presumably headed to the design workshop—are treated with the same grace and good design as the finished jewelry pieces on the feed. And, collectively, photos like these reinforce the brand’s close-to-nature identity.

It’s Not All Jewelry
But it is all nature, which obviously speaks to the brand’s DNA. The feed features numerous photos of woods, forests, paths, bodies of water, and other peaceful settings. 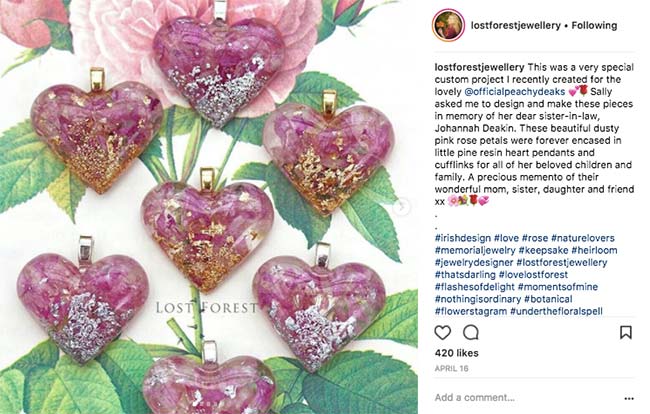