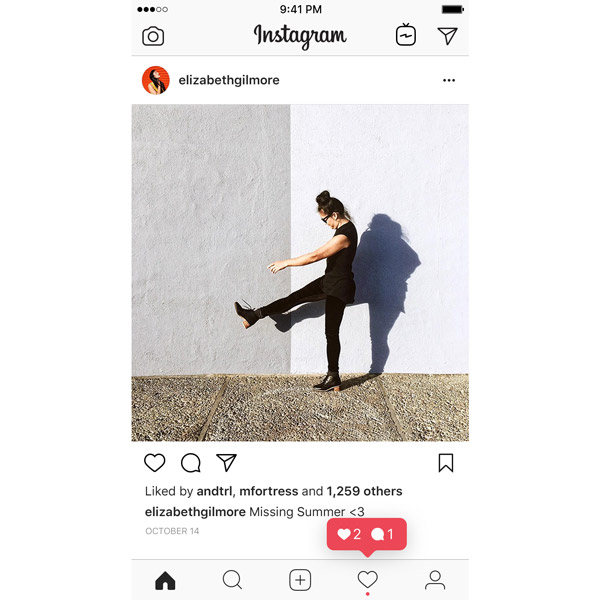 “How will I know if he really loves me?” sang Whitney Houston in her 1985 hit “How Will I Know.” That’s the question that millions of Instagram users might be asking as the platform tests hiding the like counts on photos in certain markets. While countries such as Canada, Brazil, Italy, and Australia are currently undergoing their trial runs, it may be only a matter of time before U.S.-based users feel the crushing weight of having their like counts removed, too.

I say that with some sarcasm, but there’s a lot of talk going on about this. Many users responded to the news with demands for Instagram instead to revert to their chronologically based algorithm. “If I like another random post from last week, I’m going to lose my mind,” said one user on Twitter. And they’re right—the new algorithm is terrible. People are getting less likes because their posts are being seen by less people, and, in turn, aren’t quite feeling that sweet validation of their presence on Instagram.

But how much do likes matter, really? Though it feels good to get that social validation—a sad but true result of our social media culture, like it or not—how does this differ on a personal versus business account? Some users (influencers) literally depend on likes to score brand hookups and to keep their personal brands alive. Business of Fashion recently published an article about the effect that concealing the like counts might have on those accounts.

For retailers, though, most of whom make their living via the business of selling jewelry, likes are more a gauge of interest—as well as a way to interact with their current and potential customers. The amount of likes can give the poster an idea of the general sentiment around a specific jewelry design: A lack of likes on a post about an upcoming event could drive that retailer to advertise their sale on another platform.

Still, likes can be deceiving. If a certain diamond necklace posted at 4 p.m. on a Saturday scores 100 likes, while a sapphire ring posted at 9 a.m. on a Tuesday earns 200, is the latter more well-liked? Can we say for certain?

From the opposite point of view: Did this user like this photo because they felt compelled to do so, based on its amount of likes? An abundance of likes could stimulate a group mind/peer pressure sort of situation, leaving someone to believe they should like something, even if they’re really not that into it. Yes, people really do overthink these things. That’s part of the reason why Instagram is testing this new format in the first place.

Sure, there’s data that can tell us the best time to score the most exposure and lend other very useful tips. I’m not knocking it, by the way—stuff like this is very helpful to social media and marketing teams wanting to gain as much exposure as possible, to reach new customers and stimulate sales. Making the most of these platforms we spend so much time on is smart, and, for many businesses, crucial.

But you know what that amount of likes can’t tell you? Why someone liked it. If that sapphire ring gets 1,000 likes, do you stock the store with more sapphires? Or did a quarter of those users double tap because the ring was in the shape of a heart? Or maybe your caption was just really good. You have no idea.

People want to share their opinions—good and bad, as the internet has taught us. A simple double tap does that without much effort. “I like it,” it literally says. Many are of the opinion that the absence of a like count will stimulate more written conversation around a photo, but I’m not convinced. The opportunity to like something isn’t going away, and for that matter, you can still see how many people hit that heart button on your photo—it just wouldn’t be as readily accessible. So you should ask. Pose a question in your caption. Say something to stimulate a conversation. Direct people to your Stories, where a feature such as the polling option serves as a wonderful interactive tool.

We may see our like counts hidden at some point in the future, we may not. To me, it’s sounding like a mixed bag of opinions on the concept. But why not just get ahead of this thing and find more meaningful, thoughtful, and conscious ways to interact on Instagram? Will this require more effort? Certainly. But one strong connection made with a follower on the platform could mean a customer for life—100 likes may equate to nothing more than someone just passing through with their finger on autopilot.