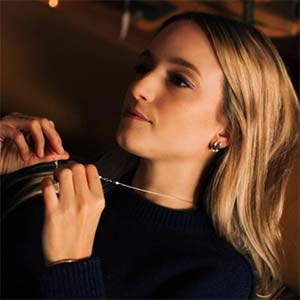 In its latest State of Influencer Marketing report released this week, influencer marketing software company Klear found that use of the hashtag #ad on social media sites grew by 198 percent in 2017 compared to 2016.

Including either #ad or #sponsored in paid social media posts is required by the Federal Trade Commission to identify posts as paid promotions. This would mean (with some margin for error) that influencer marketing grew 198 percent in 2017 relative to the year before.

Not surprisingly, female influencers dominate on social media; of the #ad posts, 83.9 percent were posted by women.

While influencer campaigns are all over Facebook and Snapchat, Instagram remains the top digital depot for influencer partnerships. It doubled the number of posts showing the #ad hashtag from the previous year, reaching 1.5 million in 2017.

Among the most active influencer campaigns in jewelry and fashion were those launched by Coach, Nordstrom, Forever 21, and Swedish watch brand Daniel Wellington, which gets more than 50,000 new Instagram mentions every month from creators and niche influencers.

When the Federal Trade Commission passed the regulations requiring influencers to label paid posts with one of the two hashtags, social media marketers wondered if brands would see a slowdown in the conversion rates of social posts.

But that hasn’t been the case. Klear’s data shows “that adding new layers of transparency to the sponsored posts didn’t hurt the growth of the industry.”