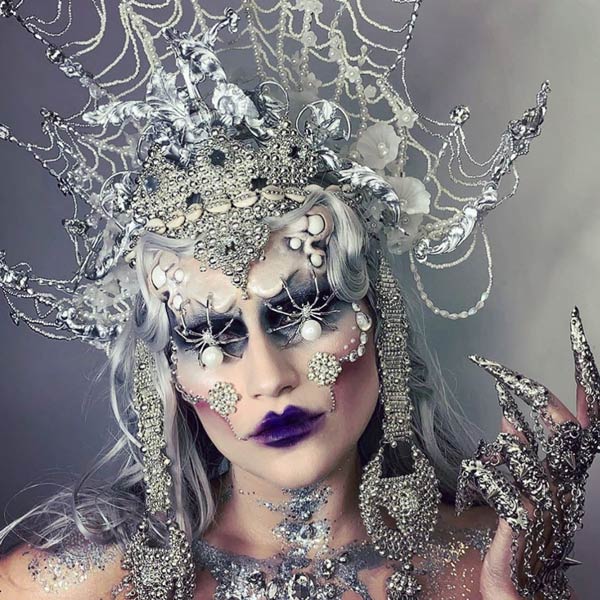 Halloween 2019 served up its fair share of tricks, with spooky weather keeping some would-be revelers indoors and away from the pouring rain. That didn’t stop the most festive among us from festooning themselves in all manner of costumes, and for that we can be thankful—this year’s efforts were sure something to impress.

Plenty of others rallied their holiday alter egos and dressed up over the weekend, too, which just kept the celebrations going for longer, and that’s all right by me.

So what was the industry relating to this year? If the images are any indication, many costumers were feeling the music—of current and past eras, and from Broadway, too. In fact, not only just in our industry, but everywhere music icons seemed to inspire a major roundup of costumes this year.

Royalty was a big theme this year, with some of our industry’s members bringing out their inner Kongs and queens (and adorable little princes and princesses, too).

And for our ten-year Hallo-versary, here is the *official* Family P picture. Thanks to #mysonmyson for picking this year's theme: 80s Music Icons. Freddy, Madge, Prince, and Joan had a wonderful 'All Hallow's Eve' this year. We hope you all did, too! #iconsofrock #halloween #tradition #likewedo

Happy Halloween. I’m just trying to improve on last years tribute to the queen. Maybe next year I’ll be somebody else. ❤️ #amywinehouse

The world of music inspired a number of costumes I saw online (many from celebrities), but the industry’s own Barbara Palumbo outdid herself yet again this year, with her family of four masquerading as Freddy Mercury, Madonna, Prince, and Joan Jett. Sonny & Cher and Amy Winehouse made notable costumes, too.

Our very own Madeleine is dressed for her Halloween outing in real deco jewelry and vintage clothing. She’s going to truly knock’em dead tonight. Happy Halloween!

Here’s some brilliance: some retailers bolt costumes upon their access to some killer jewelry, like this 1920s partygoer in authentic Art Deco jewels from Macklowe Gallery (above). That’s definitely what I would do. Randi Molofsky (directly above) piled on the jewels and channeled Iris Apfel, glasses and all.

And then there were the TV shows and movies that everyone loves and recognizes: The Addams Family, Game of Thrones, and Sesame Street, to name a few. I loved Arya Esha designer Priyanka Murthy and her family dressed as Sesame Street‘s lovable monsters—even the dog was costumed.

In an industry bursting with as much talent and creativity as this one, it should come as no surprise to see such an epic array of costumes—but that doesn’t make that sight any less impressive. Now, what’s everyone thinking about for next year?