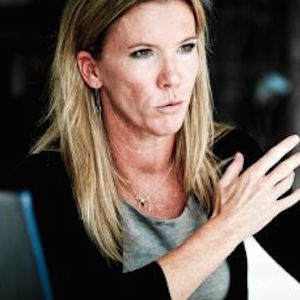 On Monday, Ellen Joncheere (pictured), the former general manager of Fremach, took over as the new chief executive officer at HRD Antwerp, which runs the HRD grading lab.

The current interim CEO, Michel Janssens, will retire this summer.

Joncheere has worked in a wide range of other sectors, including the automotive industry and environmental services. Her previous company, Fremach, supplies plastic components to automotive companies.

She is joining HRD at a dicey time. It is widely reported to be up for sale, with Israeli equipment manufacturer Sarine Technologies and former HRD executive Peter Meeus and Serge Couvreur reportedly among the bidders, though Meeus said this week that his first bid was rejected. The International Gemological Institute was also reportedly interested in buying it but has since dropped out of the bidding process.

HRD did not return a request for comment on the current status of WTOCD or whether it’s still up for sale.

A statement said that Joncheere “plans to help HRD Antwerp overcome the obstacles currently in its path, as well as prepare the entire organization for the future.”

Despite the uncertainty swirling around HRD, Joncheree told the Belgian newspaper De Tijd she intends to head it for at least three years.

“I enjoy working for companies situated outside of my comfort zone,” she said. “Furthermore, I have developed new strategies on several occasions for companies in markets undergoing transformation. I intend to do the same at HRD, which has had to face new competitors in recent years.”