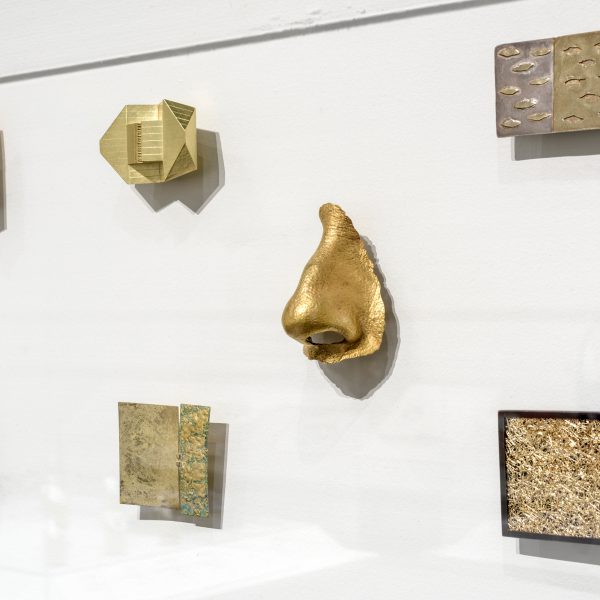 A new exhibit spotlights the craft’s outer limits, from an item made out of Legos to a piece shaped like a nose

When judging jewelry, most people say bigger is better, notes Blake Gopnik’s catalog essay for the “Beyond Bling” show, which runs through Feb. 5 at the Los Angeles County Museum of Art.

And yet the objects on display show that beautiful jewelry doesn’t have to be splashy. At times, it can be downright strange.

The show features 50 pieces from the collection of Lois Boardman, a local jewelry collector. (In total, she donated 300 to the museum.) The show includes a wide range of nontraditional pieces, “wearable art” you won’t find at the local Kay, as Gopnik puts it. One piece, for example, is made of Legos. Others resemble everyday objects: a nose, a hand. And some even tell stories, including one that seems to show a woman before and after a party.

Boardman has long been “inspired by the unusual,” says Rosie Mills, associate curator of decorative arts and design at LACMA. “She was attracted by pieces that grab your attention, that are visually arresting and appealing.”

Boardman would actually wear these pieces, often to mundane places like the grocery store, and liked to see peoples’ reactions.

The show is meant to “expand the idea of what jewelry can communicate,” says Bobbye Tigerman, also an associate curator.

So far the public is receptive—the show’s attracted 80,000 visitors in just three months.

Pictures can be seen here. Here are some highlights:

(Images courtesy of the Los Angeles County Museum of Art)