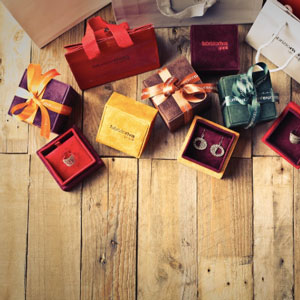 Super Saturday, also known as Panic Saturday, is the Saturday before Christmas, which lands this year on Dec. 21. It’s always one of the biggest shopping days of the year, as consumers swarm malls and main streets to wrap up their seasonal shopping.

It’s a particularly brick-and-mortar-heavy shopping day, since the chances of ordering items online and having them arrive in time for Christmas get bleaker as the days leading up to Christmas tick by (Amazon can make the Christmas Eve deadline on many, but not all, product on Dec. 21 orders).

The National Retail Federation has high hopes for this Super Saturday—its forecasters think it will shape up to be the most lucrative shopping day of 2019. In a statement released yesterday, the retail lobby group estimated that 147.8 million U.S. consumers will shop Saturday, up from 134.3 million in 2018 (those numbers include both in-store and online shopping).

For comparison, the five-day Thanksgiving weekend saw 189.6 million unique shoppers make purchases. The NRF’s past statistics and future forecasts were informed by consumer surveys it conducted in collaboration with Prosper Insights & Analytics.

More than half of shoppers (56%) plan to buy their last gift during the week before Christmas, and 62% are expected to shop on Super Saturday, according the NRF’s findings.

“While many people started holiday shopping early, those who waited until Thanksgiving weekend are feeling the pressure due to the limited number of days this year between Thanksgiving and Christmas,” said NRF president and chief executive officer Matthew Shay in the same statement. “We expect an impressive turnout by procrastinators and those who just want to take advantage of really good deals.”