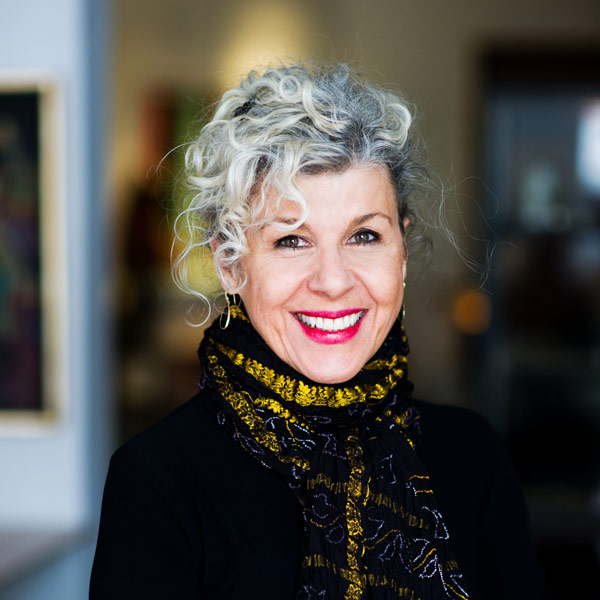 Holly Dyment had a deep aversion to beige. So much so, she often used the word as a stand-in for boring.

But the Canadian jewelry designer, who passed away Nov. 25 after a battle with lung cancer, will never be associated with that wilting hue. Dyment was a lover of vivid, intensely pigmented color, and wielded it brilliantly in her work, first as a successful interior designer and then as a fine jewelry designer.

The designer, who was a non-smoker, also infused her pieces with wit, humor, and a strain of literary darkness (see her Memento Mori Skull rings). In the process, she built a collection and career that felt, at least from the outside, devoid of creative compromise. Let others figure out new ways to embellish hoop earrings; Dyment was busy dreaming up jewels with enameled portraits of iconic faces, lips studded in gemstones, and skulls wearing pearl earrings. Her rise in the industry leaves in its wake a path for young designers whose work pushes boundaries to follow.

“From the moment I first encountered her work, I thought Holly had a unique vision,” fashion writer, editor, and Vogue contributor Lynn Yaeger tells JCK.  “Her creations were something I had never seen before. She employed the finest enamel in her quirky, abstract portraits, and often surrounded the subjects with diamonds—a marriage of the whimsical and the rigorously crafted that made her work so special, and so appealing.”

Jennifer Shanker, founder of New York City’s Muse Showroom, which has represented the Holly Dyment collection since 2013, was introduced to the designer by the late Cindy Edelstein. Shanker recalls instantly falling in love with the line, but wondering if its appeal was broad enough for her to take Dyment on as a client.

“Cindy said to me, ‘You have got to meet this designer. There is no one else like her,’ ” Shanker remembers. She pulled Muse senior account executive Rina Morris into her office to ask for a second opinion. “And when she loved [the line] as much as I did, I knew we could sell it.”

She adds, “Holly was the epitome of why we do this. She was super talented, she was original, she had her own voice, and she was fearless about using it.”

Morris, who traveled with Dyment for trunk shows, selling pieces directly to clients alongside the designer, said the appeal of her work was its oddball, but still elegant, singularity. “There’s so much enamel and so much color in jewelry right now, but it’s never quite like Holly. Her DNA is in every one of her pieces.”

She recalls getting retailers in more conservative areas of the country on board with Dyment’s whimsical pieces by insisting, “You might think this is funky, but I’m telling you, you have a Holly Dyment client. Your top five clients have their estate jewelry, their diamonds, their gold, but they do not have something like this.” It was a sentence she could utter with complete confidence.

Once, when the pair were at a trunk show in Jackson, Wyo., Morris found out about a local woman in her late 80s who had closets full of jewelry. Dyment was excited to show her the collection, but the retail partner who told her about the woman stressed that she rarely bought because she already had so much jewelry. The woman eventually did come in to the retailer’s store, saw a Dyment ring on Morris’ finger—a portrait of Julius Caesar wreathed in tsavorites—and bought it off her hand. “I heard she wore it and thought she was the coolest lady with it,” Morris says with a laugh.

The designer was born in Toronto in 1959, and attended the Toronto French School, the Bishop Strachan School in Toronto, and Bennington College in Vermont. In her official obituary, her family wrote that she spent some her happiest years at her farm near Creemore, Ontario, where, until recently, she entertained family and friends “in a very Holly house with a beautiful back forty.”

Her family also noted that Dyment loved “many people, pets, amusements, and things, including her family; the memory of her maternal grandparents; her mighty though miniature schnauzers, Twyla and Ham; solitude; her childhood summers on Lake Joseph [in Ontario]; red lipstick; world music; the art of Frida Kahlo and Helen Frankenthaler; big bowls of whipped cream, both as main course and dessert; South Asian clothes; silent movies; Ab Fab; the satisfying look of great rooms; and, finally, the love of going deep or, as she laughingly called it, the ‘ooey-booey’—that is, the spiritual world where she hoped she’d see her people again.”

Within the jewelry industry, Dyment will be remembered as both lovely and beloved. “Holly was kind to everyone and was totally herself and as carefree and free-spirited as can be,” Shanker says. “She wasn’t pretentious, she was positive, and warm. And she wore her sense of color—she lived her sense of color.”

Morris says, “For me, I want to say that she was a magical person. I am just thinking she had to go back from whatever fantastical place she came from. She was out of this world.”

Because of COVID-19, a celebration of Holly’s life will take place at a later date. Arrangements have been made through the Simple Alternative Funeral Centre; instead of sending flowers, the family suggests making donations to the Princess Margaret Cancer Foundation.