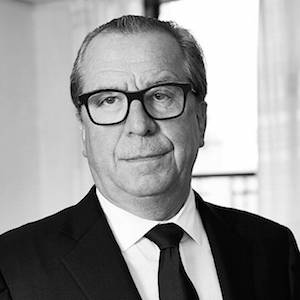 The news first appeared in The Centurion newsletter. Barguirdjian served on the board of Luxury Education Foundation, which confirmed the news to JCK, saying it was “deeply saddened by [his] passing.”

A member of a French family that has been involved in the jewelry business since the late 19th century, Barguirdjian’s résumé reads like a roll call of the biggest names in luxury jewelry. From 1985 to 1991, he headed Harry Winston’s retail division. In 1991, he became managing director of Chaumet, and then from 1993 to 2000, he became president and CEO of Van Cleef & Arpels for the United States and Japan.

From 2000 to 2016, he was president and CEO of Graff North America and helped to expand its chain of high-end boutiques.

For the last few years, he became managing partner in Arcot Finance, a gem investing company, along with hedge fund manager Peter Falcone.

In 1999, while heading Van Cleef, he told Ettagale Blauer in Cigar Aficionado that he had a “hands-on” approach and believed the customer “was always right.

“We have a lot of regular customers. We are their jewelers; just the way they have a lawyer, a doctor, they have a jeweler. We end up knowing a great deal about people. We have to be close to people: mutual trust, sometimes even friendship. At this level of business, you have these relationships.

“This kind of purchase is always linked to a special event in people’s lives,” he continued. “Clients ask for things. We do special orders. We do anything they want. That’s the fun part of the business, the exciting part of the business—to see a sketch on a piece of paper and see it come to life.”

Details on survivors were not available at the time of publication.