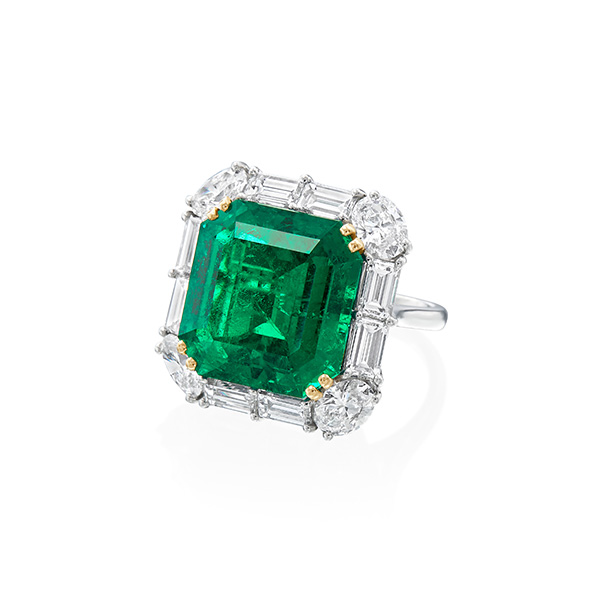 Paris Fashion Week haute couture wrapped up last week, the Screen Actors Guild (SAG) Awards were held last night, and the Academy Awards are just around the corner. Master Menlo Park, Calif., jeweler Stephen Silver—you know, the one who coolly recut the famous Pink Promise diamond from a 16.10 ct. fancy intense pink in order to maximize its color (it went on to set a world sales record)—is making a case for why fine jewelers should watch both the fashion worlds and Hollywood awards season closely.

“I wish I had a crystal ball, but I don’t,” says Silver. “But the red carpet over the last few decades has become more of a trendsetter than ever before.” Silver cites the huge effect that emeralds had as part of the Me Too movement on the red carpet last awards season. Emeralds were suddenly hotter than they had been in years, and sales reflected that.

So, too, haute couture fashion trends are leaving their mark on the industry, Silver notices. “My gut feels that couture trends have a lot more to do with jewelry trends,” he says. “I’ve gotta believe that at the very least, it’s hand in hand. Great clothing designers and jewelry designers of the modern era have got to be looking at each other pretty closely.”

This year, Silver predicts that estate jewelry—or rare and unique period pieces with a backstory—will have staying power. “If you’ve got an important stone or a piece with a historical reference, or a combination of both, you’ve got a hit.” For his own house, Stephen Silver Fine Jewelry, Silver has been focused on acquiring rare, important stones as well as jewelry that sometimes hails from as far back as the 1800s. Some of the rare pieces that have been or are currently in his collection include a Tiffany emerald ring, circa 1930; a Belle Epoque emerald necklace and earrings set from the late 1800s; and, of course, the famous Pink Promise diamond that set a world record in 2017 when it sold to an anonymous buyer for $32.5 million.

Silver also sees a movement away from conventional, white diamonds—Lady Gaga at the Golden Globes and SAG Awards notwithstanding—toward colored stones such as emeralds, rubies, and sapphires. As if on cue, Valentino’s spring couture collection, one of the highlights during Paris Fashion Week, according to critics, was brimming with miles of fabric in rich, saturated hues as well as opulent prints and silhouettes. Yellows, oranges, pinks, purples, royal blue, and even metallic green all featured prominently in the collection.

If fashion and its influence on Hollywood is any bellweather, we should see an increased appetite for stones in all colors of the rainbow in the months to come.