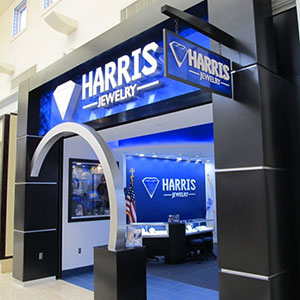 Harris Jewelry—a 20-store chain with shops mostly located near military bases—has agreed to limitations on its credit and advertising practices as part of a settlement to a suit with the Tennessee Attorney General’s office.

In documents filed in the Circuit Court of Davidson County, Tenn., Attorney General Herbert H. Slatery III charged that Harris has built its business around offering credit to active-duty military members, but has not registered as a credit service business with the state, nor has it posted the required bond with the Tennessee Department of Commerce and Insurance.

The complaint also accused Harris of “misleading” consumers who bought items on credit.

“[Its] convoluted payment plans made it nearly impossible to calculate or understand the total cost of a transaction,” the Attorney General’s office said in a release. “The ‘retail’ prices bore little resemblance to the amount paid at the end of the financing contract.”

The company’s attorney did not return a reply for comment by the time of publication. In the agreed final judgment, Harris said it “neither admits nor denies any of the state’s allegations.”

– Harris shall not engage in any conduct that would constitute a “credit services business” until it satisfies all terms of the Tennessee Credit Business Services Act.

– Harris can no longer base credit eligibility solely on a customer’s remaining military service.

– Harris cannot represent in advertising that consumers may be automatically approved for credit.

– Warranty products may be provided only on a clearly disclosed opt-in basis.

The settlement was approved on June 2 by Judge Joe Binkley.

Harris also faces an ongoing suit involving its credit practices with the New York State Attorney General’s office, which dates back to October 2018. In response to that suit, the company told JCK: “Harris Jewelry operates in full compliance with the laws that regulate our industry. Harris Jewelry stands behind its decades-old business model. The New York Attorney General has unfortunately reached the wrong conclusions about our business and the work we do.”