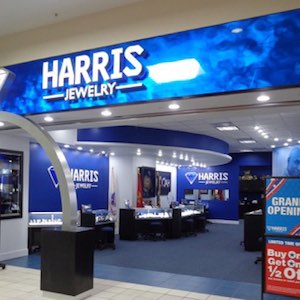 On April 5, Harris Jewelry, a 23-store chain that caters to members of the military, had six of the eight counts the New York State Attorney General (NYAG) bought against it dismissed.

In October, the NYAG’s office, then under the direction of Barbara Underwood, sued Harris for allegedly overcharging and misleading active-duty service members. A month later, Harris filed a motion to dismiss the charges, calling its prices “reasonable” and arguing the state’s suit was based on a “highly dubious legal theory” that hidden interest charges add to an item’s retail cost.

Three of the dismissed counts center on the NYAG’s contention that Harris charges its customers “usurious” prices when interest rates are factored in.

In his ruling, Judge James P. McClusky agreed with Harris that, for this to be a valid cause of action, “the State would need get into the business of establishing prices and appropriate markups on products. The Legislature has not authorized this activity. Accepting the allegations in the complaint as true, Defendants simply mark up the sale price of their products more than typical sellers.… [T]his is not illegal.”

Two counts survived. One charged the company with common law fraud, arguing that it misrepresents the value of its jewelry and its financing. While McClusky upheld this count, he also noted that it “may fail.” The other argued Harris violated state laws governing charitable co-ventures. Harris has denied the charges.

In a statement, New York Attorney General Letitia James vowed to press on.

“My office will not back down from its efforts to vigorously protect our military,” she said. “The Court’s decision to move forward with this lawsuit allows my office to continue in our commitment to protect the financial welfare of service members.”

In a response statement, Harris Jewelry said that “the Attorney General’s recent public commentary misrepresents the parties who brought it—New York State alone—and its outcome, the dismissal of all but one of the major claims.”

It continued: “The New York Attorney General has reached the wrong conclusion about Harris Jewelry’s business, and the company will continue to vigorously contest the remaining claims.”