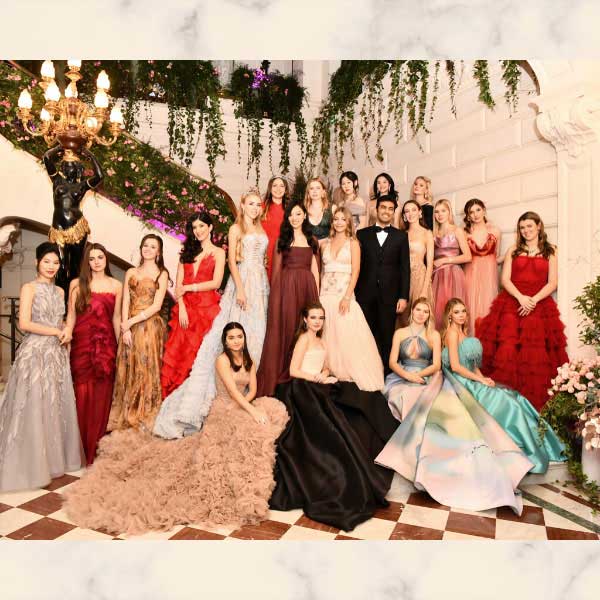 Until last week, the name Harakh Mehta was known only to members of the fashion and jewelry press, private clients, and a select group of international retailers who had the foresight to recognize the Mumbai, India–based designer’s unique flair for wildly feminine, fairy-tale-worthy jewelry draped, and cascading in, diamonds.

But as of today, an elite sector of the jewelry-buying public is now very familiar with Mehta and his collection, Harakh, and it’s all thanks to le Bal des Débutantes (aka le Bal). There, Mehta provided $10 million worth of custom-made jewels for the 20 young women invited to participate in the event, a fitting stage for the fourth-generation Indian diamantaire to unveil his work to the world.

Held on Nov. 30 at the Shangri-La Hotel in Paris, the charity event’s origins date back to the 18th century. Its history and how it operates today under the leadership of director Ophélie Renouardare are fascinating unto itself. It’s known for being a celebration of glamour and couture fashion—the haute couture and couture fashion houses each dress a deb for the event, who are escorted by “cavaliers” in white tie. Haute joaillerie is always in abundance (past jewelry partners include Payal New York, Maison Bucherer, FD Gallery, and Alders Jewellers).

Mehta worked one-on-one with almost all the debs to create custom-designed pieces for the event, with attention paid to the gowns they’d be wearing, their personal tastes, and, in some cases, very specific inspiration points.

“Harakh Mehta has a profound understanding of jewelry and its space,” says Harvard student Jane Li, daughter of action film star Jet Li (pictured above). “Working with him was a dream—each piece was so intricately and thoughtfully crafted. I am very touched by Harakh’s ability to…combine meaning with generations of craftsmanship.”

As for the designer? “It was an honor to dress each deb in Harakh joaillerie pieces for one of the most memorable nights of their lives,” says Mehta, whose moment in the spotlight was likely just as unforgettable. Especially if these families and their wider circles remember him fondly when it comes to gift-giving and jeweling up for other high-profile occasions.

Top: Mumbai, India–based fine jewelry designer Harakh Mehta poses with 20 debutantes at le Bal in Paris on Nov. 30. Mehta was the event’s exclusive diamantaire and haute joaillerie partner, and Harakh jewels were worn on every princess—actual and otherwise—in the room (photo: Yunling Fang).