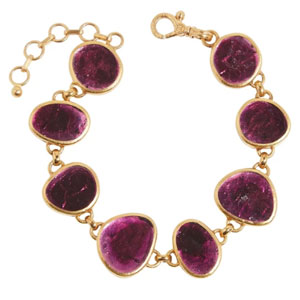 Gurhan announced this week that it’s donating a percentage of its profits to an organization that supports the health of the Amazon rainforest.

The brand will be donating 25% of the profits on its sales of tourmaline jewelry to Earth Alliance, a joint environmental conservation project founded by actor Leonardo DiCaprio, philanthropist Laurene Powell Jobs, and private equity guru Brian Sheth.

The philanthropic endeavor will run through the end of the year. Earth Alliance supports the Amazon rainforest ecosystem and its inhabitants who have been affected by the fires that continue to ravage the region.

Gurhan has close ties to the region. The brand sources many of its stones from Brazil, including tourmaline.

Earth Alliance formed its  Amazon Forest Fund with an initial  $5 million pledge from DiCaprio.  The fund is focused on putting resources toward local communities and groups working to protect the Amazon as well as those affected by the fires.