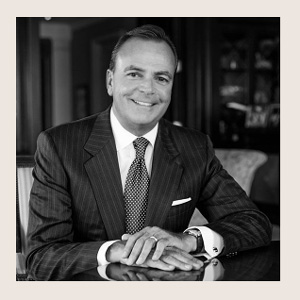 Rick Caruso, president of Los Angeles–based mall developer Caruso, thinks masks should be mandatory in all shopping centers—for both consumers and retail workers.

The owner of popular SoCal shopping centers the Grove in Los Angeles and the Americana at Brand in Glendale, said on CNBC business show Squawk on the Street last week: “If you don’t wear a mask, and you don’t enforce it as a business, I think then it’s a health code violation and they should either be cited and then eventually closed down.” He added, “This is important stuff. It’s life and death, and we should take it very seriously.”

Caruso’s two outdoor malls reopened last Tuesday with the requirement that all guests and employees wear face masks at all times. On Thursday, just two days later, California governor Gavin Newsom announced that people throughout the state must wear masks in most indoor settings and in outdoor settings when social distancing isn’t possible.

The issue of masking has taken center stage in California and other states that are seeing new spikes in COVID-19 cases, but have been moving forward with reopening. California’s cases have surged recently—the Golden State broke its daily record of COVID-19 cases last week, with 4,515 confirmed infected on Saturday, according to the CDC.

More than 175,000 Californians have been infected with the novel coronavirus during the pandemic, and there have been 5,500 deaths from the virus.

In an appearance on CNBC Thursday, Caruso said, “We put together some very strict protocols on safety in terms of cleaning, and we’ve got signage reminding people that masks are required. So far it’s working.” Even though the lines to some stores, including Nike at the Grove, have been snaking out the door, with some people opting to wait up to an hour for the chance to shop in person.

During the closures, the centers extended their outdoor seating/patio spaces and added social distance markers to all areas, including the grassy knolls that attract families with small children.

Caruso stated in the same interview that virus transmission at his properties is “of course” a concern. But he added that shoppers are being cautious: “I think there is an attitude that everyone wants to make this work, so they’re regulating themselves. So far it’s working. I hope in the state and in the city we don’t see a big spike. We really can’t afford to.”

Traffic at the two centers is down by roughly 40% compared to pre-pandemic levels, he reported, “but what we’re seeing is the conversion rate inside stores is very high. People are coming literally with the intent to buy. We’re very encouraged by that.” The only limiting factor in sales right now, he noted, was the amount of people retailers could safely let inside the stores at one time.

The company’s strong rebound after the pandemic closures has a lot to do with the fact that its centers are outdoors. Customers are more comfortable shopping outdoors than indoors right now, for good reason. During his CNBC interview, Caruso repeated what epidemiologists have said about sunlight being “the best disinfectant for this virus.”

But like every other mall operator on the planet, the developer has had to grapple with tenants who suddenly can’t pay rent. When asked about how the company is handling those realities, Caruso said he views the retailer mix at his malls as “an ecosystem” where bigger retailers including Nordstrom and Nike that can pay rent need to continue do so—and in doing so, prop up smaller, indie retailers that are struggling for a short period.

“The smaller tenants—we have either abated or deferred their rent,” he said. But that situation isn’t sustainable, and the developer said, “There will be a lot of retailers that don’t survive [the pandemic]. Nike survives it. Nordstrom survives it. It will be across the country a mixed bag—especially the big boxes that went into this struggling.”