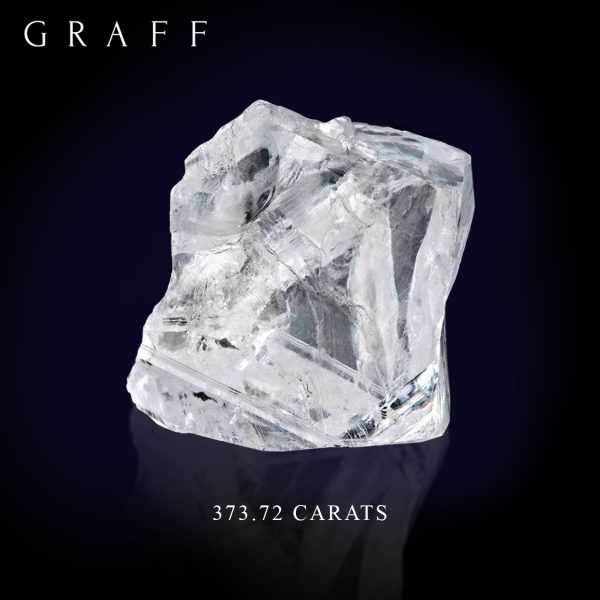 Graff Diamonds recently bought a 373.72 ct. stone that was once connected to the Lesedi La Rona, the third-largest rough diamond ever found.

“It has the potential to yield a significant polished stone,” Graff said in a statement.

Lucara Diamond Corp. unearthed the 1,109 ct. Lesidi la Rona in November 2015 at the Karowe mine in Botswana. In a nervy—and ultimately unsuccessful—gamble, it decided to sell the entire stone at Sotheby’s, a rare public auction of a rough diamond.

Ultimately, the stone did not make its reserve at the auction, and Lucara is yet mulling over what to do with the still-intact stone.