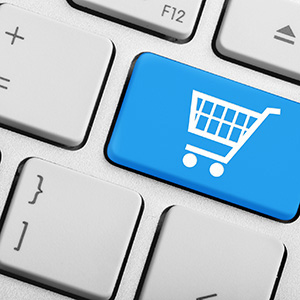 Google has announced it’s identified five major shifts in consumer shopping behavior as the holiday season approaches, based on its analysis of shopping-related searches on its platforms.

We’ve seen consumer behavior change and adapt throughout this pandemic, and this new information should help retailers further plan and enhance their strategies for what is typically the busiest shopping season of the year, coming this way fast. Here are the five shifts in shopping behavior to pay attention to now, according to Google.

With tighter budgets and more downtime to shop online, consumers are reportedly seeking deals sooner than the typical post-Thanksgiving crunch. According to Google, 27% of U.S. shoppers said they had already started their holiday shopping at the end of August, and searches for “best affordable” had grown globally year over year by 60% in June. For retailers, this means that starting to offer deals now, and then offering them as often as possible, might prove more successful than holding one big holiday-focused sale.

For the first time, more people are shopping online, with over 50% of Google-surveyed shoppers saying they’d tried a new shopping service. In May, the search for “best grocery delivery” had grown globally by over 700% year over year. This growth indicates that online efforts are reaching new and broader audiences, perhaps even those who would have preferred to shop in-store this holiday season.

3. Many in-store sales are planned online

Not all shoppers are turning to strictly digital platforms, but many are trying to plan their purchases online first (one could assume this would minimize their time spent in-store). According to Google, searches for “fashion online shopping” were up 600% year over year, while, as of May, searches for “available near me” had grown globally by over 100% year over year. If retailers want to encourage in-store purchases, they might consider indicating on their websites what’s still available, to help customers plan ahead; they might not be as comfortable browsing in person now as they were before.

4. Shoppers are driven by purpose

Many shoppers are looking to support local businesses (excellent news for independent retailers), and want to spend their money at stores that share their values. According to Google, 46% of surveyed U.S. shoppers agreed that they “make a deliberate effort to shop at businesses that align with my values.” In the same vein, searches for “support local businesses” have reportedly grown globally by more than 2,000 times year over year. If your business has a particular mission, or plans to donate a portion of sales to a worthy cause this holiday, make sure that comes across loud and clear.

5. Something old, something new

While almost one-third of U.S. shoppers have purchased from a brand that was new to them during the pandemic (according to information collected by Google in June), 35% of U.S. shoppers said they only shop in-store at stores they’re familiar with. Consumers might feel slightly more adventurous online when dealing with new brands, but they feel less so when venturing out, instead preferring the familiarity and comfort of what they already know.