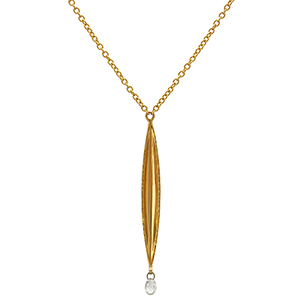 The spot price of gold hit a seven-year high on Thursday, and some analysts see the metal soaring even higher over the next year.

Analysts from Citibank, who last year predicted that gold would hit $2,000 in the next two years, have adjusted their short-term forecast, projecting it will hit $1,700 in the next six months.

Aakash Doshi, Citibank’s head of commodities for North America, tells JCK he remains bullish on the yellow metal’s prospects. He says that the same factor that has been boosting the U.S. stock market has also driven up the price of gold—negative real interest rates.

But gold is functioning as a “convex hedge,” he says, meaning if equities keep rising, gold will also rise. But if the stock market drops—as it’s doing at press time—gold will “significantly outperform” it.

Doshi adds that, with the world situation unsteady, many still see gold as a “safe haven.”

The coronavirus “exacerbates the risks of global growth and could eventually feed into hurting U.S. growth if it impacts the supply chain,” says Doshi.

He adds that fear of a virus outbreak will likely keep central banks “on a more accommodative stance,” another bullish factor for gold.

Jewelers say that the trade-in business, which has settled down since last decade’s “gold rush,” is now starting to heat up again.

“I do think people pay attention to the price of gold,” says Sean Dunn, co-owner of J.R. Dunn Jewelers, based in Lighthouse Point, Fla. “We are seeing bigger amounts of trade-ins. It’s not like before, when people were falling all over each other to trade in their gold. There’s not the desperate need there was then. But there’s a lot of generational change, people with gold they’ve accumulated that have passed away. I definitely see opportunities in that business.”