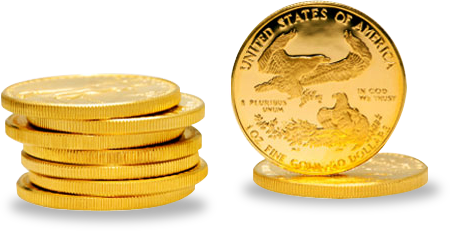 Coin dealers have long dabbled in jewelry. Is it time for the reverse to be true?

Silvano DiGenova, the founder of Laguna Beach, Calif.–based Tangible Investments, thinks so. His company, a leading gold coin dealer, has increasingly been targeting high-end jewelers, figuring that, since they sell metals, some might be interested in his equally shiny products. Initial indications are good, he says.

“About 75 percent of coin dealers also deal in jewelry,” he says. “We are looking at the converse here. If coin dealers can do jewelry, we think jewelry can do coins.”

DiGenova is one of the founders of Professional Coin Grading Service (PCGS), which was started in 1985 and has been described as the coin equivalent of the GIA. PCGS was later purchased by Collectors Universe, known for its ill-fated attempt to enter diamond and gemstone grading.

For him, getting jewelers to sell gold coins would, beyond its obvious immediate benefits, raise the image of his industry.

“Most jewelers are better established than the average coin dealer,” he says. “For many years there were a lot of coin dealers that operated on the fringe. Things have cleaned up since then. The type of jewelers that we are going to go after have a very good reputation in the business, and they might have an easier time getting people interested in coins.”

He argues that the coin business might help jewelers as well. It lets them diversify in a period when times are tough and entice more consumers into the store.

“Something like 70 percent of baby-boomer males have collected coins in their lifetime,” he notes.

He also notes that coins have long been used in jewelry. And the volatile political and economic atmosphere has made investing in gold more attractive.

“Most financial planners recommend gold as part of their portfolio,” he says. “Since the 1920s, there have been 20 major stock market crashes. Gold has held its value.”

And if jewelers are reluctant, he has one more sales pitch: Gold coins are small. They don’t take up a lot of space in the showcase.