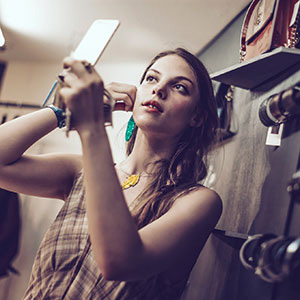 Just as the industry is getting its head around how to appeal to millennials, there’s a new, possibly more quixotic, generation coming up.

The members of Generation Z currently range in age from 15 to 25, but they are already making their presence felt in the market, spending an estimated $163 billion this year.

The industry’s future success may depend on how well it woos this emerging demo, according a report prepared by Jonathan Kendall, head of CIBJO’s (World Jewellery Confederation) marketing and education commission, which was released in advance of CIBJO’s November congress in Bahrain.

Among the points made by the report, which can be seen here:

“If we don’t focus on social media, we won’t have a future,” wrote Kendall.

The industry can reach out to them, he said, by having more ways to encourage young talent.

– Their number one concern is the environment.

As climate change worsens, some 70% of Generation Z consumers say they consider sustainability before they make a purchase.

They are also favorably disposed toward secondhand goods; one in three expect to buy used clothes, shoes, and accessories. Kendall believes the industry is “in a positive place” to make this part of its pitch.

“This is no longer about cheap-looking secondhand pawnshops,” he said. “This is about a proud new marketing message from leading jewelers, stating that many of their fabulously designed new products incorporate secondhand elements.”

This is another possible opportunity for the industry, Kendall said, as Generation Z consumers are likely to search out vintage style and vintage brands.

– They are “gender neutral and gender aware.”

“Members of Gen Z don’t want to be classified,” Kendall wrote. “They want to be fluid. One thing today, and tomorrow, maybe, something different.”

He noted more brands are introducing gender-neutral clothing and cosmetics and urged jewelers to do the same.

“Who will be the first to design a perfect gender-neutral ring or necklace, which will be the iconic piece of the 2020s?” he asked.

– They “celebrate diversity and imperfection.”

Six out of 10 of its members say that they like seeing ads that show diverse families.

“They want to see people who look like them and their friends,” according to Kendall. “They want to see real people in real situations in advertising.… The models don’t have to be perfect. Indeed, in general, perfection is considered very artificial.”

They are less interested in “aspirational” brands and more likely to patronize brands that reflect who they are.

“Ollie is a fresh dog food delivery company, Billie a personal care brand, and Casper a sleeping product brand,” he said. “These sound more like friends than do most classic brands.”

– Word of mouth and reviews are important.

More than 80% of members of Generation Z read reviews before they make a purchase.

– They are socially conscious.

“They want to know who handled the product and how it was made,” Kendall said. “The pipeline to the market must be transparent.”

– They are financially savvy.

Having seen the destruction wrought by the 2008 financial crisis, younger consumers are more likely to save up for a piece than to buy it on credit.

“Gen Z is prepared to splurge, but it must be worth it,” said Kendall. “The more added value the better, and that can come from its environmental credentials or its social value.”