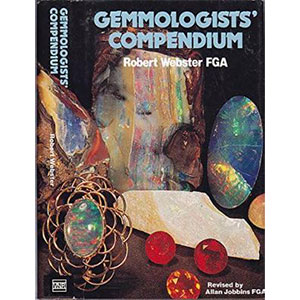 Gemologist E. Alan Jobbins, one of founders of the International Colored Gemstone Association (ICA) and a past president of the Society of Jewellery Historians (SJH), died on Feb. 9, according to announcements by the ICA and SJH. He was 95.

Jobbins’ long and distinguished career included stints as president of the SJH and vice president of Gem-A, the Gemmological Association of Great Britain; curator of minerals and gemstones for the Geological Museum in London; and editor of Gem-A’s Journal of Gemmology. For 32 years, he was a gemological lecturer at Sir John Cass School of Art, which is part of London Metropolitan University.

According to the AGA, Jobbins became hooked on gemology from the age of 13, when he was first shown what were called “superb crystal specimens” of mimetite by a geology teacher.

His decades of studies involved researching east African garnets, writing one of the first papers on how to identify synthetic opals, and discovering a new mineral, magnesio-axinite.

He also undertook research projects for the United Nations and the British government. Among the most notable: He helped set up a gemological laboratory in Rangoon, Burma (now Myanmar); led a study of Cambodian ruby and sapphire deposits, which resulted in recommendations for improving work methods; and surveyed the Sri Lankan gemstone industry to improve mining and cutting techniques.

In the late 1980s, he was a member of the team that conducted the first comprehensive gemological examination of the English crown jewels, which led to the publication of the illustrated catalogue The Crown Jewels: The History of the Coronation Regalia in the Jewel House of the Tower of London.

Later that decade, he turned his focus to China, where he established gemological training and studies at the China University of Geosciences in Wuhan.