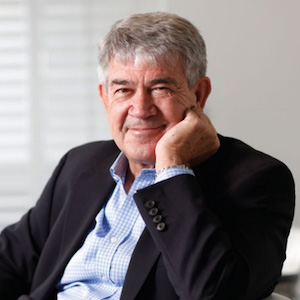 Gemfields chairman Brian Gilbertson (pictured) has stepped down as head of the gemstone miner to avoid a “possible impediment to robust corporate governance.”

That impediment: The company’s current chief executive officer, Sean Gilbertson, is his son. The younger Gilbertson has chaired the company since 2017.

The move is part of Gemfields’ work toward obtaining a listing on the London Stock Exchange AIM submarket.

“This ongoing process has highlighted the father‐and‐son relationship between Mr. Brian Gilbertson and Mr. Sean Gilbertson—the present chairman and CEO of Gemfields, respectively—as a potential impediment to robust corporate governance,” said the company in a statement. “By stepping down from the board, the issue is obviated.”

The chairman role will now be held by Martin Tolcher, who has served on the Gemfields board since 2008.

Tolcher has been involved in the fund administration industry for more than 30 years in Guernsey, where Gemfields is based.

Gilbertson will resign from all other Gemfields subsidiary directorships but will retain nonexecutive directorships of Fabergé Limited, which Gemfields purchased in 2012, and Nairoto Resources Limitada, which houses Gemfields’ recently announced gold exploration project in Mozambique.

“Serving on the board for more than 12 years has been a privilege and a pleasure as successive management teams have grown the company from a single defunct mining pit into the world’s leading supplier of colored gemstones,” said Gilbertson in the statement. “Gemfields today is in a sound financial position with a clear strategy to unlock value for shareholders as a ‘pure‐play’ African colored gemstone producer.”

He added, “I wish Martin, the company, and the Gemfields team every future success as they continue our pursuit of becoming the De Beers of colored gemstones.”

(Image courtesy of the Pallinghurst Group)