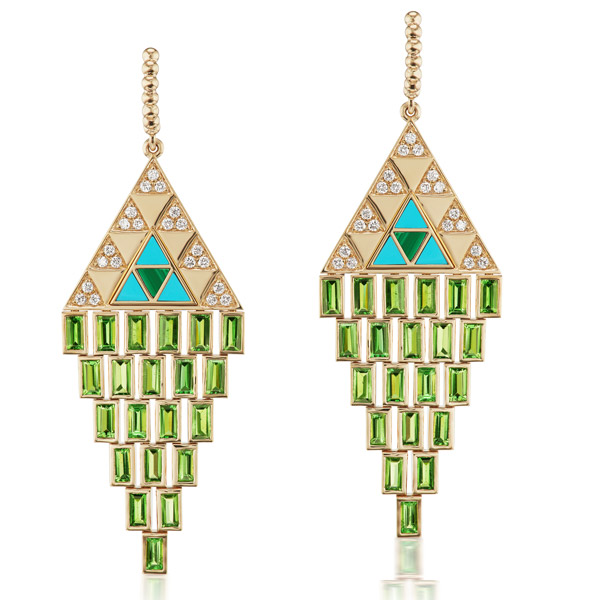 I’m not going to lie, this month’s birthstone is probably my least favorite gem. We all have to have a least favorite, right? Or do all you jewelry lovers just have far bigger hearts than me?

Garnet in its most known form does nothing to soothe me. In some cases, it’s rusty. It’s hot. It’s a bit blood-like. There’s just something about the sight of it that makes me feel…unquenched.

But that’s just at its surface, and as it turns out, garnet has a lot more to offer (by the way, that rusty red version of garnet can really leave me feeling covetous—it has, at times). But first impressions can be hard to overcome, so it’s one I still struggle with, despite the knowledge that the gem stuns in a range of colors.

The rare tsavorite garnet, for example, in its electric green form, is a popular and welcome addition to many designer pieces, offering a pop of color that’s juicy and bright. Demantoid garnet, also green, is an exceptional edition of the stone, also rare and remarkably gorgeous. It’s the kind of stone that invites deeper learning, and tickles the curiosities of gemstone enthusiasts everywhere.

Quite possibly my favorite is the purply red rhodolite, the juicy antidote to traditional garnet. It’s so quenching in its richness of color, with beautiful depths that just pull you in.

And of course there is spessartite, the pumpkin-y orange gem I find myself virtually reaching for each year when Halloween rolls around.

Garnet, I’ve got to hand it to you—you’re more than meets the eye. I think, based on the assortment of designer pieces available featuring January’s birthstone, that many agree.