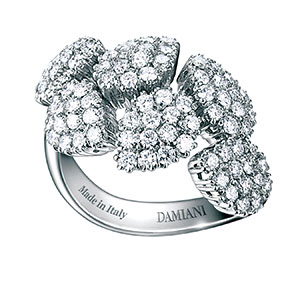 Members of the Damiani family have launched a bid to gain complete control of the Italian jewelry designer and delist it from the Milan bourse, according to a notice published Dec. 28 on the bourse’s site.

The nearly 95-year-old company has been listed on the Milan exchange since 2007. Its site says that going public was once “a great desire of the family” and notes that “Damiani is one of the very few high-end jewelry groups in the world to have achieved this objective.”

The buyout aims to ensure the “stability of [Damiani’s] shareholding structure and managerial needs,” which will let it “seize any future development opportunities and growth in Italy and abroad” as well as “enhance business in the medium and long term,” said a company statement. It also mentioned the possibility of future “acquisitions, disposals, mergers, [and] demergers.”

The holding company will pay €0.855  for each Damiani share, a 5.04 percent premium to the shares’ Dec. 27 closing price. Leading Jewels says it plans to spend as much as €11.8 million (approximately $13.8 million) for the remaining shares.

Damiani had been struggling as a public company—in its last half-year financial report (ended Sept. 30), it reported that revenues had fallen 3.7 percent to €66.7 million, and it reported a €5.9 million net loss.

The Damiani company also owns the Salvini, Bliss, Calderoni, and Alfieri & St. John brands, as well as Rocca, an Italian jewelry and watch retailer that is more than 200 years old, which it purchased in 2008. Damiani controls 65 points of sale, 51 of which are Damiani-branded stores.