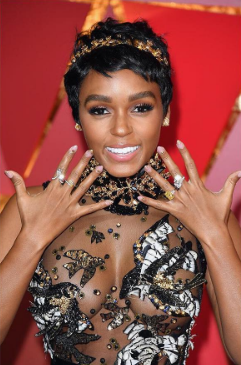 Moonlight and La La Land were the big winners in film this Hollywood awards season, which wrapped last week with the Academy Awards. But an array of fine jewelry brands ruled this year’s major red carpets.

Forevermark, the diamond and diamond jewelry brand owned by the De Beers Group, continued to grow its presence in Hollywood this time out, charming stylists and celebrities alike with pieces designed in-house and collaboratively that spanned the sartorial spectrum—from the demure to the downright decadent.

The brand, which launched in 2008, has certainly had a big presence on red carpets for years. But this season, it scored numerous placements on every major carpet, and in most cases was worn by several high-profile actresses attending a single event.

The list of celebrities who wore the brand this season, which I received from Kristen Trustey, PR manager for Forevermark U.S., is longer than a 10-year-old’s Christmas list. Halle Berry, Anna Chlumsky, Janelle Monáe, Octavia Spencer, Lily Collins, Hailee Steinfeld, Ellie Kemper, Brie Larson, and Sarah Paulson were among the stars stylists bedecked in Forevermark.

Forevermark certainly does a great job of reaching out to Hollywood’s top stylists—and its awards suite in Los Angeles features pieces flown in from the brand’s international markets; pieces from the United Kingdom, Canada, India, Japan, and Turkey were on display for stylists this season.

Still, that level of industry outreach isn’t at all uncommon for a major jewelry brand.

So I asked Trustey what factors she attributes to Forevermark’s finding such firm footing in Hollywood over the last few years. She cited the brand’s versatility and added, “Forevermark diamonds can sit in any variety of different styles of jewelry—from classic, timeless statement pieces to more edgy, modern designs. We work with over 20 different design and manufacturing partners here in the United States alone, so there’s a Forevermark piece for any red carpet style a stylist is looking for.”