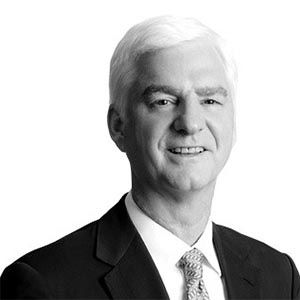 This post was updated on 9/19/17 to reflect the addition of clarifying remarks from Stephen Lussier.

About a dozen years ago, I paid my first visit to De Beers’ historic London headquarters at 17 Charterhouse Street. I was a fledgling diamond reporter for National Jeweler and though I don’t recall the details of that meeting, I do remember how utterly nerve-racking it was to interview senior executives about thorny topics like conflict diamonds and the miner’s sweeping Supplier of Choice initiative.

Last week, I returned to De Beers’ London hub—temporarily relocated to parent company Anglo American’s offices near Trafalgar Square—under much less intimidating circumstances: as a guest of Forevermark. Along with my fellow journalist, Marion Fasel of The Adventurine, I joined the brand’s second annual Carat Club excursion, a perk for salespeople who’ve sold 35 or more 1-ct.-plus Forevermark diamonds in a one-year period. (The 2016 class flew to De Beers’ Victor Mine in Canada.)

Beyond the insights I gleaned from talking to the group’s seasoned diamond retailers—an affable bunch that included Cory Schifter of Casale Jewelers in Staten Island, N.Y.; Jack DeAngelis and his lovely wife, Sharon, of Morton & Rudolph in Cherry Hill, N.J.; and Robert Fontenot from Diamond District in Estero, Fl. (I’m, of course, thinking today of Robert and all the other jewelers in Irma’s path)—I was thrilled with the itinerary.

Over the course of two days (and three nights) in London, we toured De Beers’ International Institute of Diamond Grading & Research (IIDGR) facility in Maidenhead, located about an hour west of central London, and spent an enlightening few hours at De Beers headquarters, where Forevermark CEO Stephen Lussier spoke to us about the future of diamond marketing. On Thursday, we commuted to Antwerp for the day, where we took a spin around the IIDGR’s larger Belgian office before stumbling on to Het Gebaar, a lunch-only Michelin-starred restaurant that I highly recommend should your travels take you to Antwerp.

All in all, it was an extraordinary few days (and I haven’t even gotten to the Tower of London experience!). In upcoming posts, I’ll cover my favorite takeaways about Forevermark and England’s awe-inspiring jewelry history. For now, however, I wanted to share Lussier’s keen insights. He spoke off the cuff and with such eloquence that most of what you’ll find below are direct quotes.

What made his speech even more impressive is that before he addressed our group last Wednesday afternoon, he had spent two of the past three nights on a plane, flying to and from Botswana. (Most Forevermark diamonds originate at the country’s Jwaneng and Orapa mines.) He’d gone to Africa to discuss the future with De Beers’ partners, including an upcoming expansion of Jwaneng, dubbed “Cut 9,” that will begin in about 14 years and won’t start producing diamonds for another four after that.

“When you’re thinking 18 to 20 years out, you start thinking what’s the world going to be like?” Lussier began. “I can’t remember a time in my 30 years at De Beers when there have been such fundamental forces of change, particularly in America. We talked about volatility in general, which requires you to have deeper pockets to withstand and also flexibility to move quickly, and also to have a deeper relationship with your customer. We talked about the impact of the digital revolution in America on retail, which is not unique to jewelry, and what you need to do to differentiate yourself to make yourself profitable. We can’t live in a world where jewelers can’t invest in environments that are exciting to consumers.

“We then talked about the changing consumer,” Lussier continued. “They’re always changing so change in and of itself is not surprising. The single most important thing is that the economic empowerment of women is changing the nature of what gifting in relationships means.”

He shared an anecdote about a young woman he’d recently met. She was around 27 years old, lived in New York City, and worked for one of the tech companies, like Google or Amazon. Lussier was struck by what she said about marriage. “My boyfriend is going for three years to Taiwan,” he recalled her saying. “Probably my mother’s generation would have said it’s time to get married. But I said I’m not going to get married. We can Skype. Because I’m going to get married when I’m ready.’”

“We’re doing a lot of work understanding the changing role of women,” Lussier said. “Our data is showing that the most significant self-purchasers are older, married women. This is an opportunity for us to unleash incremental sales to women who don’t get enough gifts.”

“The core of our market is gifting and must remain so,” he added. “What makes diamonds so competitive in the luxury sector is we symbolize love, commitment, and affection in a way no other luxury good does. Love is not disappearing from the world. It’s a fundamental human trait. But what we have to appreciate is that if we market diamonds in the old way, our customers will say that’s not appropriate.”

“The old way was, basically, a man saying, ‘Thank you. I bestow this diamond upon you.’ And that’s not the way women want to be gifted today. They want to be appreciated not only for that part of them that’s the family and relationship, but also as individuals outside of the relationship as well. They want the husband to appreciate them for that. So in the advertising we’ve been working on, historically, the breadwinner says, ‘Thank you for looking after the family while I’ve been doing other stuff.’ But in the new world, he has to say, ‘I’m so proud of you for everything you do.’ We make that switch and our diamond will continue to be that symbol. It’s very subtle.”

“I said to the Botswanans the good news is we have an answer and the answer is our brand,” Lussier continued. “Generic/category marketing doesn’t work now—brands can drive this so much more effectively. Brands can stand for responsible sourcing in a way you never could with a generic approach. Brands can be really effective tools for communication. Without a brand, you get lost, consumers don’t even find you. It’s a platform we’re building, Forevermark, to help us steer through the challenges of a demanding world.”

Additional remarks: “While generic/category marketing is a vital tool for driving long-term demand and shaping consumer attitudes toward diamonds more broadly, brands can drive specific messages like this so much more effectively—they have unique propositions that enable them to differentiate themselves. Brands can stand for responsible sourcing in a more direct and tangible way you never could achieve with a generic approach.”