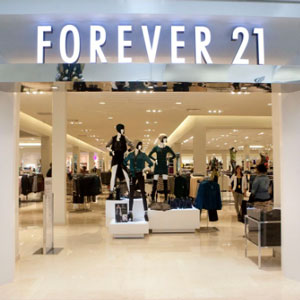 A U.S. bankruptcy judge in Delaware approved the sale on Tuesday, making it all but certain that the famously private fast-fashion retailer would soon be wrested from its founders, the Chang family.

The trio of buyers have agreed to pay $81 million in cash for Forever 21 and also assume some liabilities, including $53 million in unpaid merchandise, according to court filings. The deal will preserve around 25,000 jobs at the company, Bloomberg reported.

It took some time for the ailing retailer, which operated roughly 800 stores worldwide at its peak, to find a buyer, due the Chang family’s insistence that they maintain control of the company as part of any potential takeover. In the end, only its landlords (who are also two of the company’s biggest unsecured creditors) submitted a deal, with an assist from Authentic Brands Group.

The Korean-American Chang family, based in Los Angeles, grew Forever 21 from a one-store mom-and-pop business in the 1980s to a global phenomenon and American cultural touchstone. It caught a lot of heat along the way for boldly copycatting designer styles, battling several copyright infringement suits during its many years in business.

But it also poked holes in high fashion’s mystique by offering bleeding-edge cool fashion at accessible prices. Forever 21 dismantled the idea that you had to be wealthy to dress well. Though the construction quality of its garments, jewelry, and accessories can be hit or miss, the retailer allowed us all to experiment with of-the-moment looks without serious commitment or investment. Along with fellow fast-fashion retailers H&M, Zara, and Mango, the retailer democratized fashion design for the masses.

Where it goes next (American Eagle-style preppy? Smaller and more fashion-forward?) will be interesting to see.