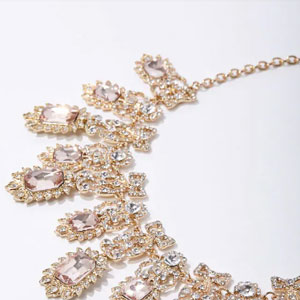 Is fast fashion winding down?

Forever 21 announced last night that it will be filing for bankruptcy. The Los Angeles retailer that, along with H&M and Zara, helped invent the concept of fast fashion—stores and e-comms featuring low-cost product that’s produced quickly and cheaply to respond to trends—has been in restructuring talks all year.

As part of its reorganization, the privately owned company will cease operations in 40 countries, including Canada and Japan, and will close up to 178 stores in the U.S. and up to 350 in total. The retailer currently operates around 800 stores globally, the majority of which are in the U.S.

Forever 21’s website and most of its stores in the U.S., Mexico, and Latin America will remain open.

Company owners Do Won and Jin Sook Chang founded Forever 21 in the 1980s after emigrating to the U.S. from South Korea. The company quickly grew into a retail titan by making clothes, jewelry, and accessories of flimsy quality at ultra-low prices that mimicked the look (if not the feel) of covetable designer apparel.

The company’s bankruptcy could be seen as a bursting of the fast-fashion bubble. Consumer attitudes have changed in recent years, and scrutiny of the wastefulness and often eco-unfriendly practices of fast fashion purveyors has been on the rise (see Dana Thomas’ excellent new book Fashionopolis: The Price of Fast Fashion & the Future of Clothes, on the subject).

Younger shoppers have also tossed a grenade onto the idea of homogeny as something covetable in fashion. Products that can be personalized, customized, or are one-of-a-kind are what 21-year-olds are most after these days. There are still “it” bags, shoes, and jewels, but they tend to be expensive and/or exclusive—things worthy of investment (great news for fine jewelers), not designed to be relegated to Goodwill after a few seasons.

Linda Chang, daughter of the company’s founders and the retailer’s executive vice president, told the New York Times, “We went from seven countries to 47 countries within a less-than-six-year time frame and with that came a lot of complexity…the retail industry is obviously changing—there has been a softening of mall traffic and sales are shifting more to online.”