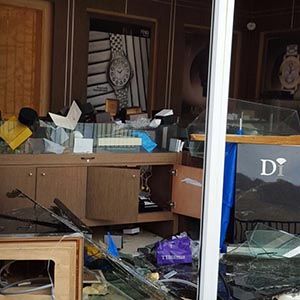 Florida jewelers that spoke to JCK made it through Hurricane Irma largely unscathed, but a Caribbean jeweler found the storm devastating.

The category-five storm was responsible for 40 deaths in the Caribbean and the United States and left millions without power. But considering the dire predictions on the news, and given the damage done to Houston by Hurricane Harvey, some Florida jewelers felt their state got off relatively easy.

Such was not the case in the Caribbean. Diamonds International operates over 125 stores in the area, and CEO Morris Gad says he’s never seen anything like the damage caused by this monster storm.

“This was absolutely devastating to people on these islands,” he says. “Homes have been ripped to pieces. People are running out of food. We have been in business for 30 years. We have been though hurricanes a number of times but we have never seen one hit the islands with such devastating effect.” 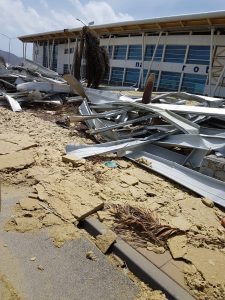 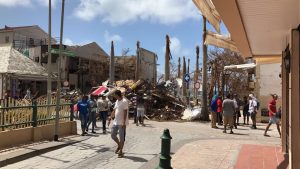 About one-third of Diamond International’s stores had to close, and 14 sustained heavy damage, including its best-performing stores in St. Maarten and St. Thomas (pictured, top right). Fortunately, none of its employees were hurt.

While business is mostly stalled, Gad believes it will soon come back.

“We think it’s going to be a great season,” he says. “The governments in all these areas depend on tourism and they want to get the ships back so they will do everything to get things back online as quick as possible.”

Diamonds International has launched a Hurricane Irma Relief Fund. The company will match every dollar contributed to the fund, up to $100,000. Donations can be made here. The company is also chartering two island-bound planes from Barbados stocked with water, food, and first aid (pictured, below).

“We are a family-owned company and we think of the Caribbean as our family,” he says. “We want people to understand how devastating this was to the Caribbean. The American public is very compassionate. All you have to do is get the awareness out.” 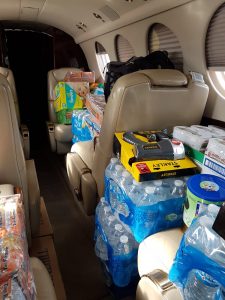 In Florida, however, many jewelers were breathing a little easier. (We reached out to retailers in the most heavily affected areas, like the Keys, many of which are still without power. None got back to us at press time.)

The key, retailers say, was preparation. Most were braced for a large impact and prepared accordingly.

“We had the store pretty boarded up by Thursday,” says Sean Dunn, vice president of J.R. Dunn Jewelers in Lighthouse Point, Fla.

After being closed last week, J.R. Dunn reopened again this week. “[At first], we had very little traffic,” he says. “But believe it or not [Wednesday] we did business.”

Still, his local area is still feeling the effects.

“Driving around was crazy,” he says. “You run across light poles and trees being down. You can’t get gas. Food is still fairly scarce. But things are coming back fairly quick.” 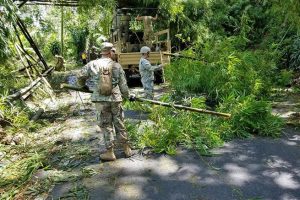 And he’s hopeful business will bounce back as well.

“I don’t think jewelry will be on top of everyone’s minds for the next few weeks,” he says. “But things will get back to normal.”

Congress Jewelers, in Sanibel, Fla., was also braced for the worst. But fortunately, it never came.

“We were looking to be hit hard,” says owner Scot Congress. “But we had two extra days to prepare and that made the difference.”

His store didn’t sustain any serious damage and hopes to reopen today.

“We went through Hurricane Charlie and we were out of business for three months,” he says. “This was the opposite. We buttoned up the store and crossed our fingers and it turned out fine.”

“September is usually a quiet month for us,” he says. “But I’m looking forward to a busy season. A lot of our clients are builders and they will be in buying special things because they will have a few extra bucks in their pockets.”

At nine-store chain International Diamond Center, the story was much the same. Only one of its stores sustained damage, and none of its employees was hurt.

“We dodged a huge bullet—no way around it,” says vice president of marketing and operations Brian Stamey. “This could have been catastrophic.”

And while all its stores had to close, all but one is now back open.

“Surprisingly we have had a fair amount of traffic,” Stamey says.

But he adds: “It’s going to hurt business, there is no way around that. September is a strong bridal month. We had Tacori shows planned; we had to postpone those. Right now our focus is on the community and seeing what we can do to help our neighbors. When people get back to a sense of normalcy, we’ll worry about how we can make October a better month.”

Retailers who want to help can contribute to the Diamonds International fund or the recently launched Jewelers Disaster Relief Fund.