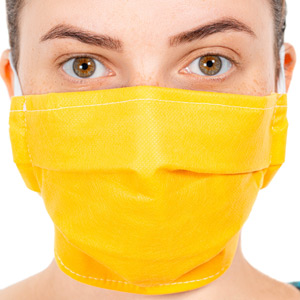 The first person to be infected with the new and faster-spreading variant of COVID-19 in New York state has been identified. And the patient is linked to a beloved and historic Saratoga Springs fine jewelry store, N. Fox Jewelers.

New York Governor Andrew Cuomo’s office sent an email yesterday notifying residents of the state’s first confirmed case of the variant, technically called the B117 variant, which was first identified in the U.K., where its spread has been significant.

The alert asked anyone who visited the store between Dec. 18 and Dec. 24 to “please get tested as soon as possible.”

N. Fox Jewelers didn’t return a request for comment, but in a prepared statement the retailer said it had been notified by state health officials late Monday that they had detected a case of the COVID-19 U.K. strain “in somebody associated with the retail store.” It’s unknown if the person in question, whom Cuomo’s office identified as a man, was an employee, vendor, or customer, or had some other relationship with the retail store or its employees. The man had not traveled recently, Cuomo’s office detailed, suggesting he contracted the virus locally.

The store elected to close immediately, and remains closed at this time. All store employees tested negative for the virus, the retailer noted.

“N. Fox Jewelers takes the health and safety of our staff and patrons very seriously and we are working closely with state health officials on contract tracing, as well as operating guidelines given recent developments,” said a company spokesperson in the statement. The statement also noted that the store’s owners “urge anyone who visited N. Fox Jewelers between Dec. 18 and Dec. 23 to be tested.”

The Centers for Disease Control and Prevention’s website states that multiple COVID-19 variants are circulating globally, and that the B117 variant seems to spread more easily and quickly than other variants, but that “there is no evidence that it causes more severe illness or increased risk of death.”

Cuomo said in the email, “I ask New Yorkers to continue to do what is proven to reduce the spread. Wear a mask, social distance, and be cautious.”

N. Fox has been owned and operated by Harvey and Cassie Fox in downtown Saratoga Springs since 1977, and was founded by Norman and Eva Fox in 1947, according to its website.