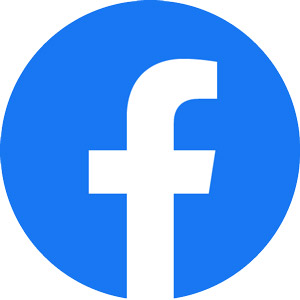 Facebook last week released the third edition of its “Global State of Small Business Report,” an ongoing research project in collaboration with the World Bank and the Organisation for Economic Co-operation and Development (OECD) that surveys small and medium-size businesses (SMBs) around the world over a six-month period to gauge their experiences with COVID-19.

This third edition—dubbed Wave III—was based on a survey of more than 25,000 owners, managers, and employees in more than 50 countries and was conducted July 24–30. Its results reflect the impact of COVID-19 on SMBs at a time when businesses began to reopen and countries eased lockdown restrictions. Here are the results of Wave I and Wave II—conducted in May and June. The full report is comprehensive, but below are some highlights, and one of the main points of the research is this: If you’re not selling online, do everything you can to get there.

Compared with previous editions (from here on out we’ll refer to them as Waves, as Facebook does), this report finds a continued reduction of business closures across most regions, though the decrease isn’t as drastic as in the previous period. The report also chronicled closure rates by sector, finding fairly consistent drops in most sectors (with the exception of agriculture, farming, forestry, or mining, and information and communication). For retail and wholesale, a 14% decrease in closure rates was reported, compared with 16% in Wave II.

In terms of employment, SMBs surveyed in North America reported no change, signaling the ability to keep their workforce as is in response to COVID-19; every other region surveyed reported a drop in employment. The sectors that appear to have suffered the most are agriculture, construction, and transportation, while retail and wholesale, and information and communication appear the least affected.

The biggest—though perhaps least surprising—information to come out of this survey is the picture it paints on digital sales. We’re seeing a large number of SMBs selling their goods online, with 44% of those surveyed in Wave III reporting more than a quarter of their sales made through digital channels—an increase of 37% from this time last year. Not only are the businesses required to keep doors closed (or at least those unable to maintain business as usual) transitioning to sales online, but so are the businesses that have been forced to close entirely. Across all three survey waves combined, 25% of closed businesses said they were setting up an online presence. It was also reported that female business leaders were 10% more likely to be developing an online website than male business leaders. Other factors that signaled likeliness to develop an online presence were age (business leaders over 40 years old were found to be less likely to have made more than 25% of sales from digital channels), education (university-educated business leaders were more likely to sell online), age of the business (a business less than 5 years old was more likely to have made more than 25% of its sales digitally); and sector (information and communication as well as retail sectors were significantly more likely to make more than 25% of their sales digitally than construction, for example).

The report also indicated that SMBs with more than 25% of sales via digital channels were less likely to report a decline in sales compared to the same 30-day period last year and less likely to have reduced its number of employees as a result of the pandemic.

While some businesses are better able to adapt to online sales, previous research highlighted cost and lack of skills as large barriers to entry for those businesses without a website.

In addition to the report on SMBs, Facebook worked with Deloitte for a report on consumer purchasing patterns, “Digital Tools in Crisis and Recovery Consumer Report.” While the 27-page report is full of information, the key takeaways should prove all the more convincing for businesses to enhance their e-commerce capabilities and online presences.

A reported 40% of respondents said they have increased their use of social media and online messaging to search for information and engage with businesses. Nearly two out of five consumers said they substituted a regular place of purchase, while two-thirds of respondents used digital tools to discover a new business (half of those saying that tool was social media). Of those who reported shopping with new businesses since the start of the pandemic, 74% said at least one of those was a small business, and 31% of respondents said they plan to increase their spending with small, local businesses once the pandemic is over.

This highlights the need for e-commerce and, in some cases, that can be an expensive or intimidating venture for small businesses. Social media, however, is (mostly) free, so that looks like a good place to start.