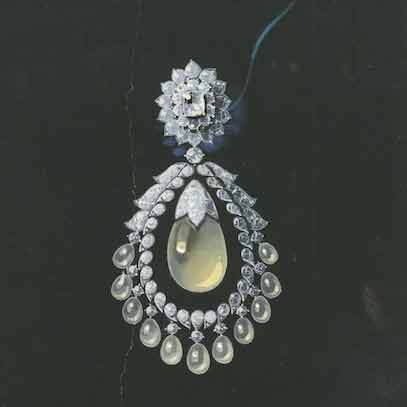 All in all, the iconic jeweler created roughly 10 pieces for the philanthropist, who was something of a style icon in her day. Each design began with a detailed sketch—several of which will be featured in an upcoming exhibition that pairs two of Duke’s great loves: jewelry and architecture.

Designing for Doris: David Webb Jewelry and Newport’s Architectural Gems, a collaboration between David Webb and the Newport Restoration Foundation (NRF) in Newport, R.I., will run from April 5 to Nov. 11 at Rough Point, the oceanfront estate of Doris Duke, which is owned and currently operated as a museum by NRF. 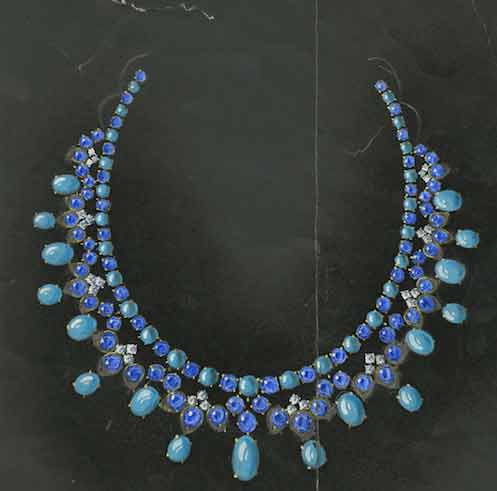 A sketch of a necklace David Webb made for Doris Duke 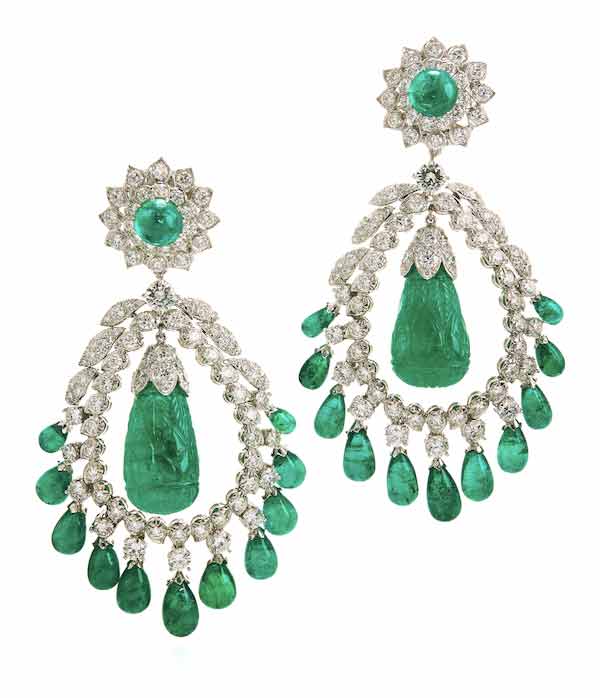 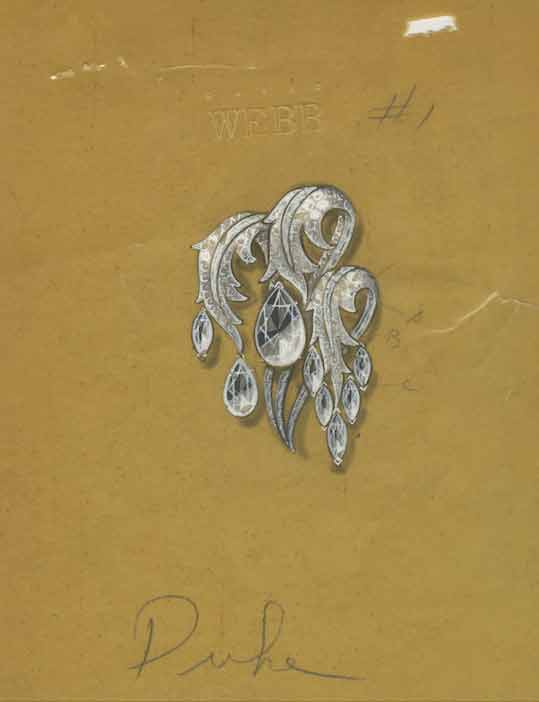 A sketch for a piece for Duke by David Webb

“The exhibition came about through the fortunate meeting of Prema O’Grady, David Webb’s general manager, and Margot Nishimura, director of museums for the Newport Restoration Foundation,” says Emanuel. “The two met last summer during a David Webb trunk show in Newport. Doris Duke was a cherished figure in the history of David Webb, so a collaborative exhibition at Rough Point…was a natural fit.”

Nishimura, in a prepared statement, said, “These are beautiful drawings that are not often thought of as such because of their utilitarian origins…. But if you take the time to look closely, you begin to appreciate these drawings both for what they can tell us about the close personal role Doris Duke played in the work she commissioned and for the inherent beauty of the skillfully manipulated line, whatever the application.”

Emanuel adds that Webb and Duke’s “deeply personal collaboration” allowed them to “meld his iconic design sensibility and jewelry expertise with her singular style, and with the exceptional stones she inherited. The result was jewelry she cherished for the rest of her life, and which lives on in this marvelous exhibition.”

Top: A sketch of a custom earring design David Webb created for Doris Duke (all photos and sketches courtesy of David Webb)