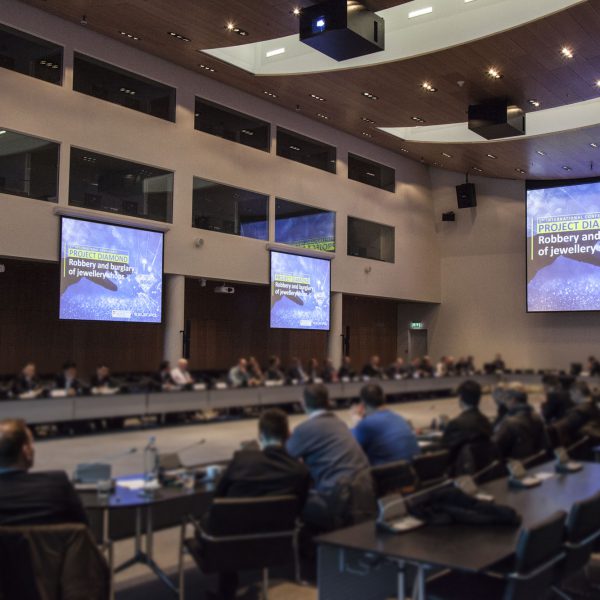 This week Europol held an international conference on jewelry burglaries and robberies.

The event, at Europol’s headquarters in The Hague, brought together more than 70 experts from European Union member states and jewelry and watch companies.

The conference grew out of Interpol’s Pink Panther initiative, which was concerned with robberies committed by thieves from the Western Balkans who were popularly known as the Pink Panthers, said a statement. The new initiative, dubbed Project Diamond, broadened the focus to other kinds of jewelry crimes.

The statement notes that criminals from South America are committing more jewelry robberies in Europe, and that they are often using violent measures, such as driving heavy vehicles into jewelry stores.

“Criminals are becoming more inventive, as well as using technology to their advantage to carry out the most daring robberies and burglaries, as we have seen in the case of the ‘Pink Panther thieves,’” said Europol’s head of serious and organized crime, Michael Rauschenbach. “We are pleased that we could bring together so many experts from Europe and beyond.”