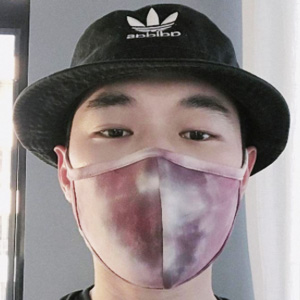 When the CDC announced that masks are an effective means of curtailing person-to-person transmission of the COVID-19 virus in late March, millions of Americans scoured the internet for nonmedical masks.

And with stockpiles of masks depleted on Amazon, Walmart, CVS.com, and other big vendors’ sites, one of the only places to find them was on Etsy—where hundreds of independent vendors dropped their needlepoint, jewelry crafting, and furniture making and temporarily took up mask sewing.

All that furious mask making has paid off big for the unique retail platform, which launched in Brooklyn, N.Y., in 2005 as a site for handmade crafts and arts and went public in 2015.

The retailer announced Tuesday that it sold more than 12 million masks ($133 million worth) in April. As a result, Etsy’s stock price has more than tripled since March 20, bouncing back from a COVID-19-induced plummet in early March.

There’s no doubt that the company showcased its nimbleness and ingenuity during the pandemic: To augment the supply of masks being made by its existing sellers, Etsy also actively recruited mask sellers to the platform.

“Our sellers were able to suddenly start creating masks almost out of thin air in a matter of days and get to a point where they could produce and sell hundreds of thousands of masks a day in a matter of weeks,” Etsy CEO Josh Silverman said at an investor event held in early June. Etsy makes its revenue by charging a listing fee and commission for products sold.

The company’s shares spiked 5.1% on Tuesday to a record $101.22. A Jefferies analyst wrote to shareholders this week, “In addition to being a primary beneficiary of home nesting, a surge in mask sales on Etsy since April has helped introduce its broader offerings to new shoppers. We also see a rebound in categories related to social events, as states relax restrictions on gatherings, helping offset the impact of moderating mask sales.”