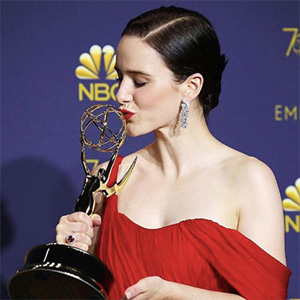 Watching the celebrities mill around the gold carpet before last night’s 70th annual Emmy Awards in Los Angeles, one might have been tempted to ask, “Where’s the bling?”

It’s true that Emmy’s jewelry offerings felt vaguely dialed down, at least when compared with the multicolored gem parades we witnessed throughout last year’s awards season. This could be due to the near-complete absence of necklaces—which tend to be big, sparkly (and therefore super-noticeable) at awards shows.

Without the sparkling clavicles, we were left with a lineup of earrings and a few interesting bracelets. But of course there were still plenty of gorgeous pieces to coo over.

Rachel Brosnahan, who won the Emmy for lead actress in a comedy series for her work in The Marvelous Mrs. Maisel, donned what I’d consider the earrings of the evening: glittering diamond cascades from Tiffany & Co.’s Paper Flowers collection. Presenter Angela Bassett eschewed awards-show diamonds, but made a style statement nonetheless  in a pair of stunning rose gold Gismondi 1754 earrings composed of interlacing circles.

Below are my very favorite jewelry looks from TV’s biggest party. We’d love to know which looks you loved best—leave a comment below!

Emmy winner for lead actress in a drama series for The Crown, Claire Foy wore a Calvin Klein gown accessorized with Kwiat platinum and diamond earrings (via: @justbecauseitsbeauty)

I absolutely need to get my life together. #angelabassett #goodblackdontcrack #blackgirlmagic #melaninpoppin 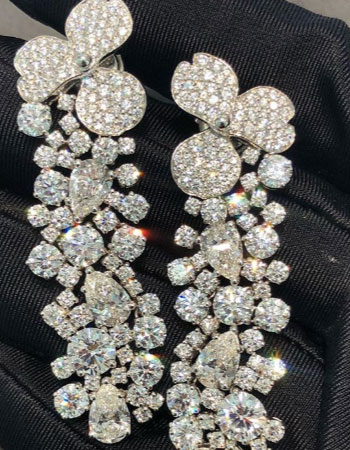 A close-up of Rachel Brosnahan’s Tiffany earrings (via: @mona_kwong)

Emilia Clarke in a pair of young-and-cool Fernando Jorge Rocket earrings (via: @fernandojorge)

Judith Light, who was nominated for outstanding supporting actress in a limited series or movie for her work in The Assassination of Gianni Versace: American Crime Story, wore a yellow Christian Siriano gown, Chopard diamond earrings, and the same bejeweled red ribbon Elizabeth Taylor wore while accepting the Jean Hersholt Humanitarian Award at the Oscars 25 years ago, according to the Elizabeth Taylor AIDS Foundation. Her bangles are vintage Tiffany & Co., supplied by Beladora (via: @jackyeaton). 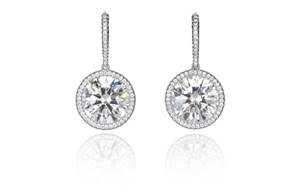 A close-up of Judith Light’s white gold Chopard earrings, which are from the atelier’s Haute Joaillerie collection (photo courtesy of Chopard)

Supporting actress in a comedy nominee for Atlanta, Zazie Beetz in Ralph Lauren gown and jewelry (via: @jasonbolden) 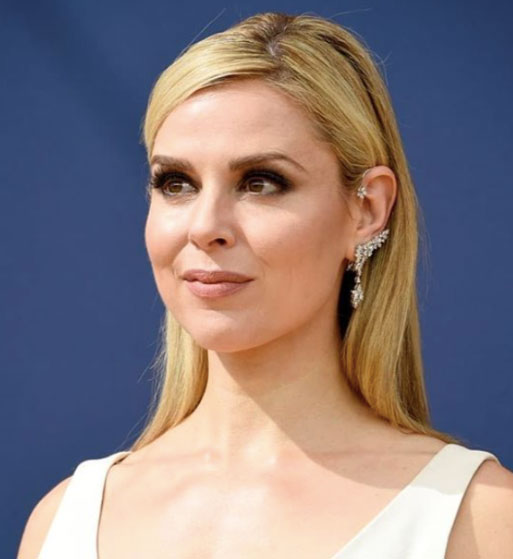 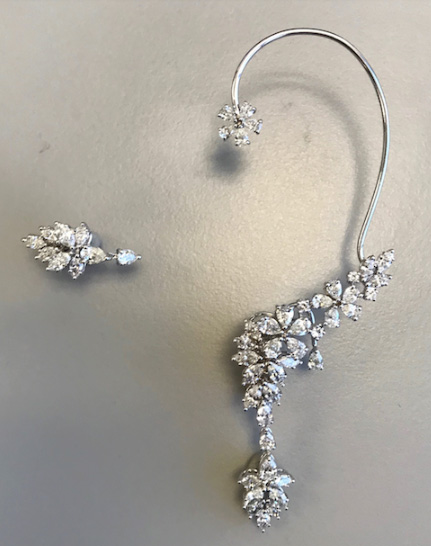 Regina King, who won the Emmy for lead actress in a limited series or movie, in a Christian Siriano gown and Irene Neuwirth drop earrings (via: @hollywoodconfidential)

Top: Rachel Brosnahan and her Emmy in Tiffany & Co. earrings (via: @filmlayers)