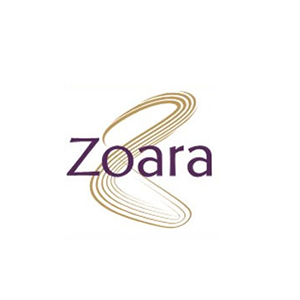 Zoara.com, a diamond-centric e-tailer that was purchased in 2016 by De Beers sightholder Dalumi Group, has closed down, the site says.

“Unfortunately, it is time for us to say goodbye,” says a note on the site attributed to the Zoara team. “As of January 1st 2019, Zoara is no longer accepting orders. All currently outstanding orders will be completed within the next few days and shipped out accordingly.”

Zoara was founded in 2008, though some sources say 2009. It was originally developed by Clixie, an Israeli e-commerce platform. When Dalumi purchased it in May 2016 for an undisclosed sum, a press release said that Dalumi’s vast inventory would give it access to a catalog of over 200,000 diamonds, more than any other site. Clixie CEO Tomer Tzach headed the site following the acquisition until January 2017. Its headquarters have been listed as both New York City and Sioux Falls, S.D.

The site was also listed as the trademark holder for Namefully, another Clixie company, which produces customized necklaces and jewelry and is still online.

A Dalumi spokesperson did not return a request for comment. An email to its support team returned an automated response. Company executives could not be reached for comment.

The note on Zoara’s site ended: “It was our honor to provide you with outstanding diamonds and fine jewelry to celebrate the important moments of life. Thank you for all your interest over the years, and we wish you all the best.”

In 2001, JCK examined some of the first wave of jewelry sites that had shut down.